Bureaucrats are an army of experts and efficient public servants who are indispensable in every political system today. Modern governments cannot manage and run the machinery of government without the assistance of these competent officials. 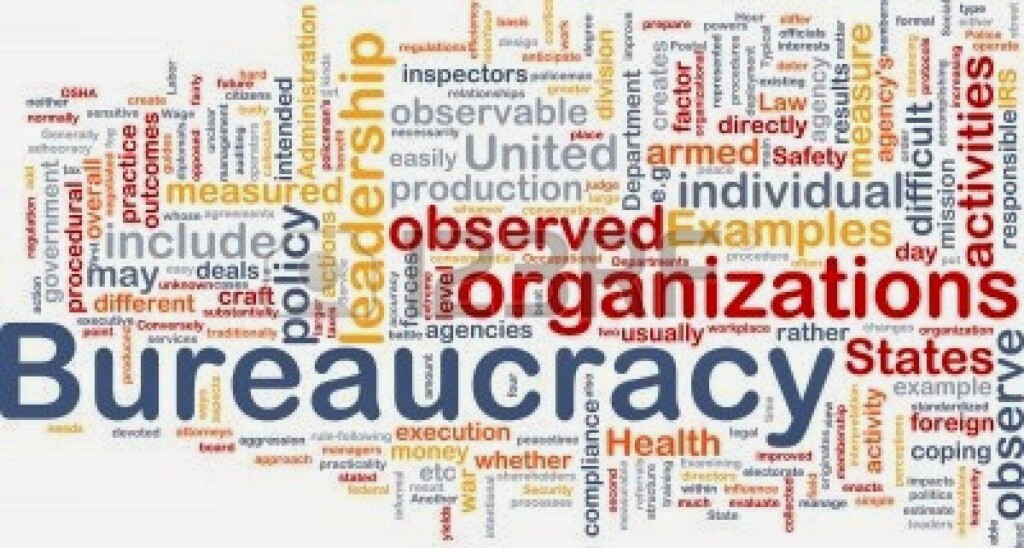 The term bureaucracy is derived from the Latin term ‘bureau’ meaning a writing table or desk. In French ‘La Bure’ means a cloth used on tables of public authorities. Later ‘bureau’ began to be used for the office room where table is kept. Thus by 18th century the term began to be used to refer to a place where officials work. The suffix ‘ Cracy’ in Greek means rule. Thus Bureaucracy refers to rule of officials. In the field of politics bureaucracy refers to the administrative machinery of the state. It translates the formulated policies into programmes and programmes of the government into realities. At present bureaucrats are known in different names like permanent executive, non- political executive, civil servants, public servants, officialdom, departmental government etc.

Rationale and Need : The development of modern state, the growth of democratic institutions, the extension of states responsibilities into social, and economic spheres and the growing complexity of the administrative work made it essential for the growth of a professional bureaucracy.

Characteristics of Bureaucracy in India

Bureaucracy is used in a broad as well as narrow sense. In a broad sense it refers to the totality of personnel from departmental secretaries at the top to the clerks and peons at the bottom. In a narrow sense, it refers to those important public servants who occupy the policy making and supervisory positions in the system of administration.

All state bureaucracies are someway organised on the basis of a definite purpose or functions. This is achieved through the construction of departments, ministries and agencies charged with responsibility for particular policy areas like education, defence, agriculture etc. The number of such departments and agencies varies over time and from state to state. Structurally, a bureaucratic form of organisation exhibits a number of characteristics.(1) Division of Labour :

The work of the department or organisation is divided among the employees in such a way that each employee has only a certain part of the work to perform. In this way, the employee repeat­edly performs certain job and becomes efficient at it.

In every bureaucracy, there is a hierarchy or chain of com­mand, where officials at lower levels are supervised by those at higher levels. The commands or orders of superiors have to be followed by sub­ordinates.

The management of the organisation is based upon written documents or files. Since nothing concerning the office is private, every transaction, decision, and order is recorded which help in efficient decision making in future

4) Rules:Management follows a set of rules which are made known to all employees of the organisation. Rules are equally applicable to everyone and they prevent any type of arbitrariness.

Salaries are fixed for employees and there is a provision for pension, Provident Fund to take care of the employee when he retires from service.

The officials are expected to carry out their duties with­out allowing themselves to be influenced by their personal likes and dis­likes. The employee must treat all clients equally.

Bureaucracy represents a rational form of organisation. Decisions are taken on strict evidence and avoid any type of irrationality.

Bureaucracy serves all political parties in power without being biased. It has only committed to work and duty and not to any Party ideology.