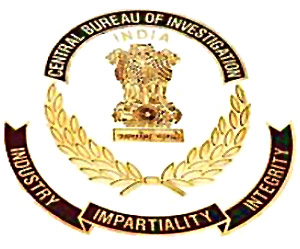 Agency headquarters is in the Indian capital, New Delhi, with field offices located in major cities throughout India. The CBI is overseen by the Department of Personnel and Training of the Ministry of Personnel, Public Grievances and Pensions of the Union Government, headed by a Union Minister who reports directly to the Prime Minister. The current CBI director is Ranjit Sinha.

The Director, Central Bureau of Investigation is the Head of the National Central Bureau- India i.e. Interpol-New Delhi which functions under the immediate control of an officer of the rank of Superintendent of Police.

The founder director of the CBI was Shri D.P. Kohli who held office from 1st April, 1963 to 31st May, 1968. Before this, he was Inspector-General of Police of the Special Police Establishment from 1955 to 1963. Before that he held responsible positions in police in Madhya Bharat, Uttar Pradesh and Govt. of India. He was Police Chief in Madhya Bharat before joining the SPE. Shri Kohli was awarded ‘Padma Bhushan’ in 1967 for his distinguished services.

“The motto of the CBI – Industry, Impartiality and Integrity: these must always guide your work. Loyalty to duty must come first, everywhere, at all times and in all circumstances.”

The SPE initially had two Wings. They were the General Offences Wing (GOW) and Economic Offences Wing (EOW). The GOW dealt with cases of bribery and corruption involving the employees of Central Government and Public Sector Undertakings. The EOW dealt with cases of violation of various economic/fiscal laws. Under this set-up, the GOW had at least one Branch in each State and the EOW in the four metropolitan cities, i.e, Delhi, Chennai, Mumbai and Calcutta.

The Central Bureau of Investigation has emerged as a premier investigating agency of the country which enjoys the trust of the people, Parliament, Judiciary and the Government. In the last 65 years, the organisation has evolved from an anti-corruption agency to a multi-faceted, multi-disciplinary central police, law enforcement agency with capability, credibility and legal mandate to investigate and prosecute offences anywhere in India. As on date offences under 69 existing Central and 18 State Acts, 231 offences under the Indian Penal Code have been notified by the Central Government.