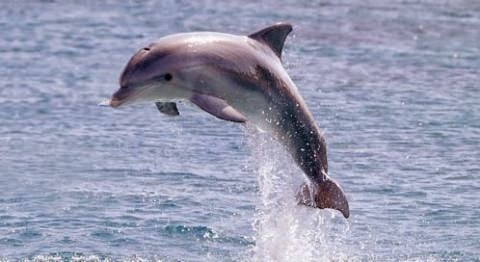 Dolphins are mammals; this means that they nurse their babies with milk from the mothers. Dolphins can swim up to 260 m. below the surface of the ocean and can stay up to 15 minutes under water, but they cannot breath under the water.