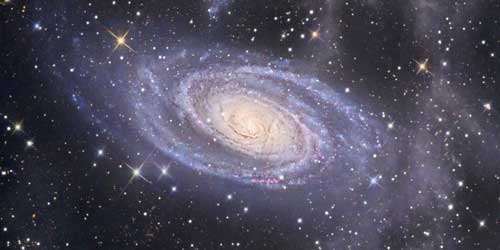 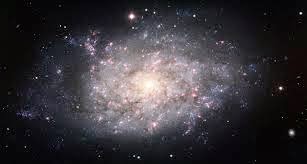 A galaxy is a group of stars and other space stuff. The stars tend to spin around a center of high gravity, sort of like the planets spin around the Sun in the Solar System. Galaxies are huge and can have trillions (way bigger than
billions!) of stars. As big as galaxies are, they are generally separated by large areas of empty space. There are even clusters of galaxies that are separated by even larger areas of space. Scientists think there are over 100 billion galaxies. Wow, the universe is huge!Milky WayWe live in the galaxy called the Milky Way. The Milky Way is part of the cluster of around 3,000 galaxies called the Local Group. The Milky Way is a spiral-shaped galaxy and is estimated to be made up of around 300 billion stars.Must Read: The Planet Earth and the Universe

There are four main types of galaxies depending on their shape: