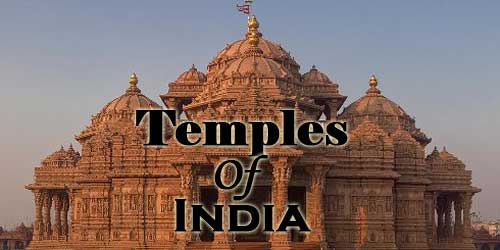 The temple is constructed in Dravadian architecture and  believed to be constructed over a period of time starting from 300 AD. The temple is one of the eighth Vishnu Swayambhu Kshetra and is listed as earthly Divya Desam. It is 3200 ft. above sea level and covers about 10.33 miles in area.

The Vaishno Mata shrine, in the Trikuta mountains, is believed to be the abode of 33 Koti (type) deities. It is reiterated that deities inside the Holy Caves are in form of natural rock formation called pindies. It is believed that the darshan of Mata is complete only if one visits the Bahiron ka Mandir, asMata had given him a boon that he would be worshipped alongside her.

Built in the year 1801, it is a prominent shrine of Lord Ganesha. The inner roof of the shrine complex is plated with gold and the wooden doors are carved with the images of Ashtavinayaka. The temple complex covers an area of 2550 sq. meter.

Must Read: WHY TO VISIT TEMPLES ? Scientific Reason :

It is the holy shrine of  Sai Baba, who was an Indian spiritual master, regarded by his devotees as a saint.

The construction of the shrine was started during the reign of  King Anatavaran Choraganga Deva in 12th century and completed in the reign of his  descendent Ananga Bhima Deva. The Gods Jagannath, Balabhadra and the Goddess Subhadra are the main deities worshipped.

The Somnath temple, first in the twelfth Jyotirlingas,  occupies a much esteemed place in the Hindu Holy places. The present shrine is built in the Chalukya style of architecture and reflects the skull of the Sompura Salats, one of Gujarat’s master masons. The temple’s shikhar is 15 meter in height and has 8.2 meter tall flag pole at the top. The mythica story behind this temple is that it was built by the Moon God after Lord Shiva freed him from the curse of waning. The shrine has been restored several times since then.

It was established in the year 1780 by the Maratha empress, Maharani Ahilyabai Holkar of Indore. The Jyotirlinga present in this shrine is considered as the 12th of all the Jyotirlingas. The management of the shrine was taken under UP Governor on 28th January, 1983.

Also Read: The rise and fall of Mysore – Reign of Haider Ali and Tipu Sultan

Dedicated to Goddess Kamakhya this shrine is one of the oldest of the 51 Shakti pithas. This shrine was destroyed in early 16th century and rebuilt in 17th century during the reign of  King Nara Narayana of Cooch Bihar. It is the most important pilgrimage for the tantric Worshippers.

This is the holy place where Lord Buddha attained enlightment. It is the most sacred site in Buddhism and visited regularly by both Buddhists and the Hindus. The central tower of Mahabodhi stands 180 ft. tall. The brickwork on the oustside of the shrine depicts scenes from the life of Buddha.

It is the abode of Lord Shiva and is among the twelfth Jyotirlingas of Lord Shiva. There are three lingas inside the sanctum; one built by Goddess Sita and the other was built by Lord Hanuman. The shrine was expanded during the 12th century by Pandya Dynasty.