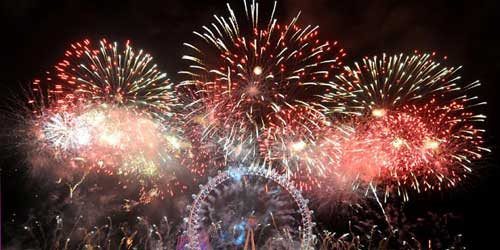 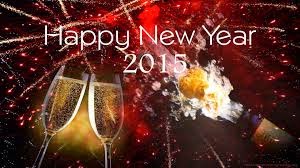 The earliest known New Year celebrations were in Mesopotamia and date back to 2000 B.C. The early Romans used March 1 as New Year’s Day. Other cultures used the autumn equinox or the winter solstice to mark the new year.
1582 – The Gregorian calendar, which marks January 1 as the new year, is adopted by the Roman Catholic Church. January is named after Janus, the god with two faces, one looking forward and one looking backward.
Traditions: New Year’s is the time when many people traditionally make resolutions to break bad habits or start good ones.
Ancient Persians gave New Year’s gifts of eggs, which symbolized productiveness. Most New Year’s traditions are believed to ensure good luck for the coming year. Many parts of the U.S. observe the tradition of eating black-eyed peas on New Year’s Day for good luck.
Auld Lang Syne: “Auld Lang Syne” is traditionally sung at midnight on New Year’s Eve. “Auld Lang Syne” was written by Scottish poet. Robert Burns in 1788. He may have based it on a folk song. The words auld lang syne mean “times gone by”.
Times Square: The first rooftop celebration atop One Times Square, a fireworks display, took place in 1904 and was produced by The New York Times to inaugurate their new headquarters in Times Square and celebrate the renaming of Longacre Square to Times Square.
The first ball dropping celebration atop One Times Square was held on December 31, 1907. In 1942 and 1943 the ball lowering was suspended due to the wartime dim-out. The crowds who still gathered in Times Square celebrated with
a minute of silence followed by chimes ringing out from an amplifier truck parked at One Times Square.
The original New Year’s Eve Ball weighed 700 pounds and was five feet in diameter. It was made of iron and wood and was decorated with 100 25-watt light bulbs.
November 11, 2008 – A “new” New Years Eve ball is introduced. The ball is a geodesic sphere, 12 feet in diameter and weighing 11,875 pounds. It is built to withstand high winds and fluctuating temperatures. Waterford Crystal introduces a different pattern for each New Year’s celebration.

Did you know these basic facts?