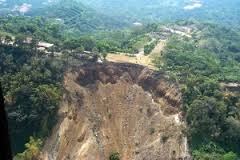 Geophysics is the physics of the Earth and its environment in space; also the study of the Earth using quantitative physical methods. The term geophysics sometimes refers only to the geological applications: Earth’s shape; its gravitational and magnetic fields; its internal structure and composition; its dynamics and their surface expression in plate tectonics, the generation of magmas, volcanism, and rock formation.

Modern geophysics organizations use a broader definition that includes the hydrological cycle including snow and ice; fluid dynamics of the oceans and the atmosphere;  electricity and magnetism in the ionosphere and magnetosphere and solar-terrestrial relations; and analogous problems associated with the Moon and other planets.

Global geophysical events (GGEs) are naturally occurring phenomena, but on a very large scale. Except within the contexts of scale and extent, the processes and mechanisms that underpin them, and their physical effects and consequences, are no different from the geophysical events – whether windstorm, flood, volcanic eruption, earthquake or tsunami – that trigger natural disasters many times every year. GGEs are low frequency – high consequence geophysical phenomena capable of having wholesale harmful ramifications for the environment and society.

Causes of Earthquake : There are two major reasons of the earthquake. One is the sudden eruption of volcanos. Other is the disturbance in the movement of tectonic plates.

Causes of TSUNAMI : When an oceanic plate hits the continental plate,these plates press together and build the pressure. Eventually, the heavier oceanic plate slips under the lighter continental plate and causes the earthquake which lifts up the ocean and drops other parts down, this happening on the ocean floor is the mirror on the surface of the water above. Hazards of Tsunami are that they can directly cause the loss of humans, pets, and infrastructure.

A volcano is a kind of vent or chimney which transfer molten rocks called as Magma from depth to earth surface. Magma eruption from volcano known as lava, it is a material which builds up the cone.

A Cyclone can be termed as the atmospheric system of low barometric pressure accompanied by strong winds that rotate counter-clockwise in the northern hemisphere and clockwise direction in the southern hemisphere. It is known by its different name at the different place such as cyclone in the Indian Ocean and Southern Pacific Ocean, called as the hurricane in western Atlantic and Eastern Pacific and typhoon in western Pacific.

CAUSES OF CYCLONES : The main source of energy for tropical cyclones is the warm ocean in tropical regions. To initiate a tropical cyclone the sea surface temperature needs to be around 26 degrees C or above. The most common impact is heavy rainfall and strong winds that can lead to flooding. In some parts of the world Australia tornados have been reported during cyclones. Storm surge or coastal inundation by sea water is also seen during cyclones.