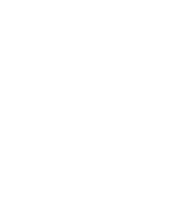 Here is the list of Important Places in India.
Abu, Mount (Rajasthan): Hill station in Rajasthan; contains famous Dilwara Jain Temple and Training College for the Central Reserve Police.
Adam’s Bridge: Very nearly joined to India between two point’s viz. Mannar Peninsula and Dhanushkodi by a line of sand banks and rocks called Adam’s Bridge.
Adyar (Tamil Nadu): A Suburb of Chennai, headquarters of the Theosophical Society.
Afghan Church (Mumbai): It is built in 1847 known as St. John’s Church. It is dedicated to the British soldiers who died in the Sind and Afghan campaign of 1838 and 1843.
Aga Khan Palace: In Pune where Mahatma Gandhi was kept interned with his wife Kasturba Gandhi. Kasturba died in this palace.
Agra (Uttar Pradesh): This is the one of the Important Places In India and is Famous for Taj Mahal, Fort, and Pearl mosque. Sikandra, the tomb of Akbar, is situated here. It is also a center of leather industry.
Ahmednagar (Maharashtra): It was founded by Ahmed Nizam Shahi. It is the district headquarters of Ahmednagar district. It is an industrial town well known for its handloom and small scale industries.
Ahmadabad (Gujarat): Once capital of Gujarat. A great cotton textile centre of India. Anti-reservation riots rocked the city in April 1985.
Ajmer (Rajasthan): It has Mayo College and the tomb of Khwaja Moinud-din Chishti, which is a pilgrim centre for Muslims; Pushkar Lake, a place of Hindu pilgrimage, is about two miles from here.
Aliabet: Is the site of India’s first off-shore oil well-nearly 45 km from Bhavnagar in Gujarat State. On March 19, 1970, the Prime Minister of India set a 500-tonne rig in motion to inaugurate “Operation Leap Frog” at Aliabet.
Aligarh (Uttar Pradesh): Seat of Muslim University, manufacture locks, scissors, knives and dairy products.
Allahabad (Uttar Pradesh): A famous and important places in India of pilgrimage for Hindus, confluence of three revers-Ganges, Yamuna and the invisible Saraswati. It is the seat of a University and trading centre.
Alandi (Maharashtra): Popularly called ‘Devachi Alandi’ is hallowed by the association of saint Dhyaneshwar the author of ‘Dhyaneshwari’ who lived and attained Samadhi here at the age of twntyone. Two fairs are held annually one on Ashadha Ekadasi and the other Karthikai Ekadasi.
Amber Palace: Deserted capital near Jaipur (Rajasthan) containing the finest specimens of Rajput architecture.
Almora (Uttaranchal): This city is one the Kashaya hill. The clean and majestic view of the Himalayan Peak is breath catching. The woolen shawl of Almora is very famous in the region. It is a good hill resort.
Amarnath (Kashmir): 28 miles from Pahalgam, and is a famous pilgrim center of Hindus.
Amboli (Maharashtra): Nestling in the ranges of Sahyadri, Amboli is a beautiful mountain resort in Ratnagiri district. The climate is cool and refreshing; and ideal place for the holiday.
Amritsar (Punjab): A border town in the Punjab, sacred place for Sikhs (Golden Temple), scene of Jallianwala Bagh tragedy in April 1919. The 400th anniversary of Amritsar was celebrated with great gusto in October 1977. The city was founded by Guru Ram Dass.
Arikkamedu (Puducherry): It is one of the archaeological places. It describes the relationship between Tamils and Romes (Yavanas) for trade purpose.
Arvi (Maharashtra): Near Pune, India’s first satellite communication center has been located here.
Ashoka Pillar (Madhya Pradesh): It was erected by Emperor Ashoka. It is now the official symbol of Modern India and the symbol is four back-to-back lions. In the lower portion of the column are the representation of a lion, elephant, horse, and bull. The pillar stands about 20 m high.
Aurangabad (Maharashtra): It is one of the important towns in Maharashtra. Tomb of Emperor Aurangzeb and his attract many tourists. Ellora and Ajanta caves are reached from here.
Auroville (Puducherry): It is an international township constructed near Pondicherry with the help of UNESCO.
Avadi: Situated at Chennai in Tamil Nadu, it is known for the government-owned Heavy Vehicles Factory. Vijayanta and Ajit tanks are manufactured here.
Ayodhya (Uttar Pradesh): Birth place of Rama is situated on the banks of the river Gogwa. The famous ‘Babri Masjid’ built on the birth place of Rama by the Mughal rulers in 15th century has been taken over by the Hindus after 400 years.

Badrinath (Uttarakhand): It is a place of pilgrimage noted for the temple of Lord Vishnu for the Hindus, near Gangotri Glacier in the Himalayas.

Bahubali (Maharashtra): A pilgrim center for Jains, of both Svetambar and Digambar Jains; there is a giant idol of Shree Bahubali the son of Bhagwan Adinath, the first Tirthankar.
Bangalore (Karnataka): It is the capital city of Karnataka State and an important industrial centre. The places worth-seeing are Vidhan Soudha, Lal Bagh gardens, etc. The BHEL, HAL, IIM are situated here.
Barauni (North Bihar): Famous for a big oil refinery.
Bardoli (Gujarat): Bardoli in Gujarat State has occupied a permanent place in Indian History for no-tax payment campaign launched by Sardar Vallabhbhai Patel against the British rule.
Baroda (Gujarat): Baroda, (Vadodara) the capital of former Baroda State is one of the main towns in Gujarat State. Laxmi Vilas Palace is a tourist attraction.
Belur (West Bengal): Near Calcutta, famous for a monastery founded by Swami Vivekananda; a beautiful temple dedicated to Shri Ramakrishna Paramhansa. It is also known for the paper industry. There is another place of the same name in Karnataka, it is a famous pilgrim center known for Channa Keshava Temple.
Belgaum (Karnataka): It is a border town in Karnataka State. It has remained a place of the dispute between Maharashtra and Karnataka States.
Bhakhra (Punjab): It is a village in Punjab State where the Bhakra Dam has been constructed across the river Sutlej in a natural gorge just before the river enters the plains 80 km upstream Ropar.
Bhilai (Chhattisgarh): It is known for the gigantic steel plants set up with the help of Russian Engineers.
Bhimashankar (Maharashtra): One of the five Jyotirlingas in Maharashtra is at Bhimashankar. The beautiful Shiva temple here was constructed by Nana Parvis the ancient statesman of the Peshwas.
Bhopal (Madhya Pradesh): Capital of Madhya Pradesh. MIC gas leaked out from the Union Carbide factory in December 1984, and more than 3000 persons died. It was the worst industrial disaster in the world.
Bhubaneswar (Orissa): It is the capital city of Orissa. Lingaraja Temple is worth-seeing.
Bijapur (Karnataka): It was the capital of old Adil Shahi Sultan of Bijapur. Gol Gumbaz, the biggest tomb in India constructed here, is called the whispering gallery. The town is rich with the remains of palaces, mosques and tombs.
Bodh Gaya (Bihar): It is situated six miles south of Gaya in Bihar State. Gautama Budha attained enlightenment in a full moon light in the month of Baisakha under the peepal tree.
Bokaro (Jharkhand): The fourth and the biggest steel plant are here.
Buland Darwaza (Uttar Pradesh): It is the Gateway of Fatehpur-Sikri built by Akbar. This is the highest and the greatest gateway in India. It was erected to commemorate the victorious campaign of Akbar in the Deccan in 1602 A.D.
Bull Temple (Karnataka): It is situated near Bugle Hill, with a height of 6.2 m (20ft) high stone monolith Nandi Bull. The Bull is carved out of a single stone.
Chandernagore (West Bengal): Situated on the river Hooghly. It was previously a French settlement. Now it has been merged with the Indian Union.
Chennai (capital of Tamilnadu): It is the third largest city in India. Known for Fort St. George, Light-house, St Thomas Mount, and Integral Coach Factory.
Chandigarh (Punjab & Haryana): Chandigarh the joint capital of the States of Punjab and Haryana is a planned and beautiful city. It is situated at the foot of the Himalayas. It was designed by Mont Corbusier.
Cherrapunji (Meghalaya): It is the place of heaviest rainfall. It receives 426” of rain yearly.
Chidambaram (Meghalaya): It is a town in South Arcot district of Tamil Nadu. It is famous for its great Hindu Siva Temple dedicated to Lord ‘Nataraja’, the cosmic dancer. It is the seat of ‘Annamalai University’ founded in 1929. The name of the town comes from Tamil ‘Chit’ plus ‘Ambalam’- the atmosphere of wisdom.
Chilka Lake (Orissa): It is the Queen of Natural Scenery in Orissa, though separated from the Bay of Bengal by a long strip of sandy ridge, exchanges water with the sea. It is an excellent place for fishing and duck shooting.
Chittaranjan (West Bengal): It is famous for locomotive works. Railway engines are manufactured here.
Chittorgarh (Rajasthan): It was once the capital of Udaipur. It is known for the Tower of Victory built by Rana Kumbha and Mira Bai Temple.
Chowpatty Beach (Mumbai): A popular beach with Lokmanya Tilak and Vallabhbhai Patel statues where the political meetings for freedom struggle took place, now the coconut day celebration and Ganesh immersion take place.
Chusul (Ladakh): It is situated in Ladakh at a height of about 14,000 feet. Chusul is perhaps the highest aerodrome in India.
Coimbatore (Tamil Nadu): It is famous for Textile Industry. The Government of India Forest College is situated here.
Courtallam (Tamil Nadu): Adjoining Tenkasi and 3 miles south is a common man’s health resort. Famous for its waterfall and a good summer resort.
Cuttack (Orissa): It is the oldest town and once upon a time the capital of Orissa during the medieval period to the end of the British rules. The city is noted for fine ornamental work of gold & silver.
Dakshineswar (Kolkata): It is at a distance of about five miles from Calcutta where Swami Vivekananda was initiated into religious life by Swami Ramakrishna Paramhansa.

Have a look at : Cultural  Heritage Sites of the world

Who were the Maurya?

How to Prepare for Civil Services Aptitude Test (CSAT)?

Bring To The Fore Potential And Liminitations

7 Dangerous acts after a meal which can make you life too much unhealthy ?