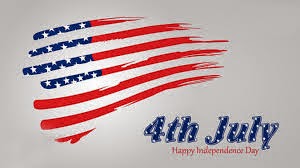 The 4th of July in the United States is also known as Independence Day. It is a federal holiday to celebrate July 4th, 1776, the day that the U.S. declared independence from Britain and adopted the Declaration of Independence. Celebrations on this day often include parades, picnics, barbecues, fireworks, carnivals, and baseball games, and many families chose to celebrate their family reunions on this holiday as well. Celebrations on the 4th of July began
soon after in 1777 when Philadelphia hosted a parade, cannon salute, and fireworks. The Bristol Fourth of July Parade was first held in 1785 and is still being held each year today.
Read Also: Did you know these basic facts?