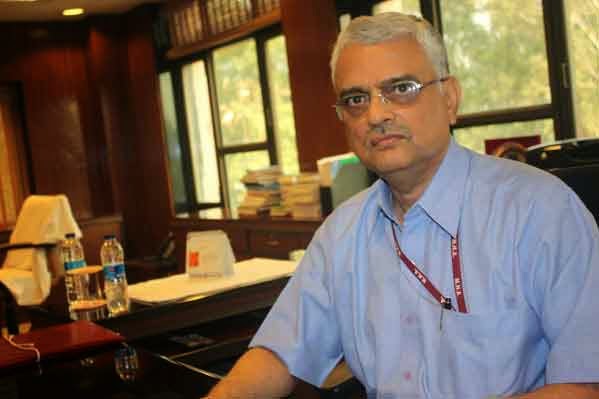 The day he joined as an Excise Commissioner, a jeep of smuggler ran over and killed the Town Inspector (TI) but that did not stop him taking on liquor barons. He brought the element of uncertainty and today, the character of liquor trade has completely changed. His outstanding work in the implementation of ‘The Scheduled Tribes and other Traditional Forest Dwellers (Recognition of Forest Rights) Act 2006 was appreciated with PM’s Awards for Excellence in Public Administration. In an interview with our Special Correspondent Mohd Ujaley, Secretary, Department of Public Enterprises, O P Rawat says “Do not treat whole population as one monolith, think differently for different people, accept the diversity and meet the requirements and needs according to the level of understanding and endowment of people, only then you will be able to do justice”.
You have served in different departments of government of Madhya Pradesh and now you are Secretary in government of India. Are you satisfied with what you have been able to achieve?
I feel very satisfied for the challenges I faced, the opportunities I got and whatever little I have been able to achieve. As a secretary of government of India, I am looking forward to contribute positively in future.

Do you find any difference in working style and approach between Centre and State bureaucracy?
There are lots of differences. At state bureaucracy, there is no security of tenure, if you do one thing wrong or displease the Chief Minister even for once, you will get a change immediately. In the state focus remain on liking and disliking of the Chief Minister. So everybody tries to ensure that whatever CM likes is got done. Now in that scenario and system possibility of drifting here and there is quite high.

In government of India things are very different, here you are totally secure, system of posting and lateral shifting are so cumbersome that people feel very secure and they can give their honest objective opinion irrespective of their bosses thinking or liking. However, that is also another extreme because that can also be misused by people by assuming that nothing can be done to them even if they do not exert, do not go deep down into the issue and do whatever they feel is fine, such an attitude cause lots of delay and result in half-baked decision which ultimately affect the nation adversely.  So both have some pluses and minuses, one has to somehow manage it properly.
There are officers who say Chief Ministers are more democratic and less Tughlaqi. Let me give you one example, no woman officer has been able to be Secretary of defence, home, commerce or cabinet. In an interview to this magazine Ms Sudha Pillai, Ex-Member Secretary Planning Commission and someone who came very close to be the first woman cabinet secretary said that there seems to be stated bias. What is your observation?

How did IAS come to you?
My father was teacher and my ambition was to become bigger teacher. So I did my master degree and some research, and tried to become the lecturer. But when appeared for interviews I was not selected, whereas I was topper of my university. So I was frustrated and became cynical about whole world. That was terrible time of my life then I thought of competition, so in one go I applied for all – Indian Forest Service, Probationary Officer of bank, Public Service Commission of state, and UPSC. When I got my first result and I almost top there, then I realized word is good, honesty is still alive if you deserve you get it and that resulted in my coming to IAS.
India is nation of young; people are talking about demographic dividend. How do you look at it?
Actually it’s a great opportunity for the country but somehow I feel our slow approach and slow decision making is letting this opportunity passed by. We are taking few decision and very late. We need to focus on master trainer and human resource. If we are able to train the people, India will become the supper. Time is running fast, those young people who are young today and if we can’t take decision on time they will ruin their life, we need to push very hard.
Every day you need a breakfast, lunch and dinner so if you can’t take the decision which can provide you food then you are finished.