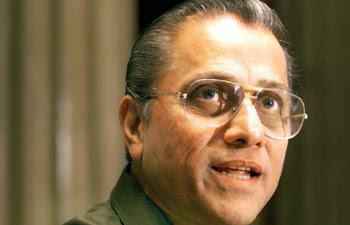 Former ICC chief and BCCI president Mr.Jagmohan Dalmiya was appointed as BCCI interim president on June 2, 2013.
Mr. Dalmiya took over as the tempo-rary chief of the Board of Control for Cricket in India (BCCI) after Mr. N. Srinivasan stepped aside as president of BCCI. Mr. Dalmiya will hold interim charge of the Board’s working group for looking into day-to-day affairs until the three-member panel submits its report on the alleged betting and role of two IPL Franchisees.