My account
Get into your account.
LoginRegister
Plans
Home Stories Success Story of Pamela Satpathy, IAS of 2014 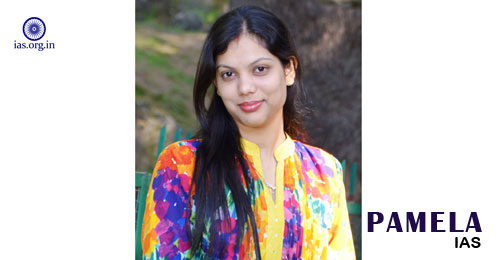 Pamela Satpathy has hogged the limelight and made the people of Orissa proud by bagging the 51st rank in the UPSC Civil Services Examination. She is an icon and a true inspiration for the millions of Indian students and showed that nothing is impossible. She has joined LBSNAA and her alloted cadre is the newly formed state of Telengana.

She always wanted to be in a field in which she could contribute to society. And IAS is a person who can help the poor and under privileged people and plays an important role in the development of society.

Pamela Satpathy was born and brought up in Sunabeda in Koraput district. She is the daughter of a Defence Research and Development Organisation officer R K Satapathy. Her mother was the real inspiration throughout her journey. She tied the knot with Dipankar who is a doctor by profession and lives in a joint family.

Pamela Satpathy did her early education from Sunabeda. She completed her B.Tech in Computer Science from College of Engineering and Technology. And again she moved onto Humanities. She did her Masters in Sociology and Human Rights and she was pursuing her 3rd in Tribal Development and Management so that she would be able to determine the direction of Phd.

After completing her B.Tech in Computer Science, she got her first campus placement at Infosys. Pamela Satpathy had worked as a Software Engineer in Infosys. Afterwards, she decided to join Council of Scientific and Industrial Research (CSIR), one of the booming research sectors of the country as a fellow scientist. She also worked as an Assistant Professor with School of Nursing at Siksha O Anusandhan University (SOAU).

Pamela Satpathy opted for Sociology as her optional paper as she did her masters from the same subject which she opted.

Mrs Pamela Satpathy has cleared the UPSC examinations in her 4th attempt with AIR 51. This was her fourth attempt and third interview. She had secured a rank for the Allied Services and was recommended to join last year but took the test again and achieved what she had always wanted to.

The first year she appeared, she was suddenly taken very ill. Her mom went to help her out, but in vain. Though she could clear the prelims, she could not make it to the mains, by just missing the cut off for a few marks.

She put all her soul once again into her studies. This time she cleared both the prelims and mains but could not clear the viva. This is indeed a great achievement as students usually clear this prestigious exam in the third or fourth attempts, and she was just a few steps ahead of her goal in the second year itself.

For Pamela Satpathy preparations were very hard as she was a standard candidate working and doing household chores, but that did not deter her from achieving her goal. It was a test of patience, perseverance and will power. She gave four to five hours to study in a day. She studied at night from 11 pm to 3 am in the morning, as in the daytime She had to take classes and because She live in a joint family have to shoulder certain responsibilities. Even if she study for an hour she study with full concentration and dedication.

She was thankful to God who ultimately gave me the reward. Preparation was a long process, as there were three stages – prelims, main and interview and each one is completely different from the other in terms of preparation. To click in all the three stages is a hard task.

Pamela Satpathy thanked her husband Dipankar, a doctor by profession, and her in-laws for the support that they gave her. “He tolerated taunts from friends, acquaintances and neighbours who said he would become a doormat once she become an IPS officer. But he never paid any heed to such things and did all household chores, including cleaning utensils, so that I could prepare for the exams,” Pamela said. Her parents, husband and in-laws supported her a lot during this period. Mainly to her husband for his support; he is more like a friend and has always been there for her.