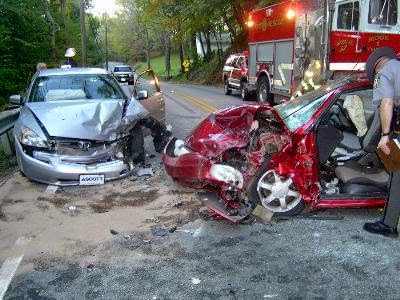 My name is James. I and my wife Sandra got married 14yrs ago and since then we had no child. As Christians, we still believed God for a baby at the due time. Finally, my wife got pregnant and everything was alright. On the day of delivery, I was driving her to the hospital and suddenly our car collided with an on-coming lorry and we had a fatal accident. My sister narrated it thus:”We had a call from the police through the identification found on you that you and Sandra were in the hospital. When we came to the hospital, the Doctor asked us to sign some documents so that an operation could be performed on Sandra to bring the baby out. The baby came out alive but Sandra was declared dead while I was in comma with my two legs broken. In the night, a man clothed in white appeared to me and touched my head. From that moment, I started sneezing. After 5mins, I sat up and became a little strong. Then I asked, ‘where is my wife’? Then, somebody the next door started sneezing too. That was Sandra. ‘She’s alive, she’s alive’, the nurses shouted. Sandra also narrated that the same man clothed in white who touched my head also touched her head. Few days later we were discharged from the hospital. My broken legs have also been restored and I can walk perfectly too.

Today, I, Sandra and our daughter named Miracle are all alive. What was supposed to be our happiest day turned out to be a sorrowful day but we thank God for today. Ladies and gentlemen, God exists and still performs miracles, even the miracle of bringing the dead to live.

Now I decree that:
1. Nothing will cut your joy short on the happiest day of your life in Jesus name.
2. I command every dead thing in your life to come back alive in Jesus name.
3. This year, may you receive a miracle that will attract the attention of the world in Jesus mighty name. Type AMEN in the comment box to claim these prayers.