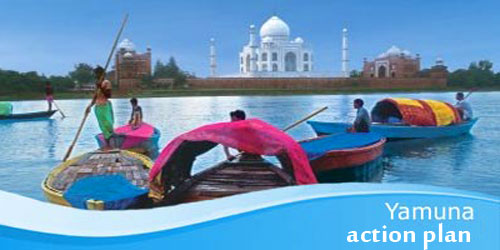 Functions of NGT also include enforcement of legal rights related to environment and providing relief and compensation for damages to persons and property and for matters connected therewith.

Being a specialized body it is armed with necessary expertise to handle environmental disputes which often involve multi-disciplinary issues. According to the National Green Tribunal Act (Section 19, clause I) 2010: “The Tribunal shall not be bound by the procedure laid down by the Code of Civil Procedure, 1908 but shall be guided by the principles of natural justice.”

In environmental matters, the NGT’s dedicated jurisdiction “shall provide speedy environmental justice and help reduce the burden of litigation in higher courts.” The Tribunal is empowered to make and strive for disposal of applications or appeals finally within 6 months of filling the same. The principle place of Sitting the NGT is Delhi.

Composition of the NGT

Qualification for appointment of Chairperson of the NGT

Many projects have been undertaken by the successive Governments in the past to clean the river Yamuna, the dirtiest river of our country.

In order to clean Yamuna, the dirtiest river of the country, YAP was formally launched in 1993.  YAP has till date completed two phase as YAP-I and YAP-II. The YAP-I, covered Delhi, eight towns in Uttar Pradesh and six towns in Haryana. Under YAP-II, the stress was on the 22 km stretch of Yamuna. Now YAP-II is in process, that is phase III of Yamuna Action Plan for Delhi, with an estimated cost of Rs. 1,656 crore. YAP-III, initiated in 2013, was supposed to be completed by 2015.

The cleaning of polluted Yamuna, under YAP-I and YAP-II, was carried out in accordance with the level of the biological oxygen demand of the Yamuna. Under these two phases 286 scheme were completed in 21 towns of Delhi, Uttar Pradesh, and Haryana at a cost of Rs. 1,453.17 crore. These schemes also consisted of 39 sewage treatment plants under which sewage treatment capacity of 767.25 million litres per day had been created.

In a recent report Energy and Resources Institute (Teri) has informed that to support aquatic life and day-to-day activities of the people living on the banks of the river Yamuna, 3.46 billion litres per day (BLD) of fresh flow of water is needed. This has been reported based on an analysis for the last 10 years. The Teri report has also described that the YAPs may not be 100% successful in improving water quality but it is true that the water quality has not deteriorated after its implementation.