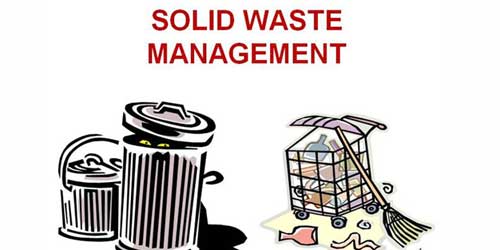 On 5 April, 2016, the Environment Ministry notified the new Solid Waste Management (SWM) rules 2016. As per these new rules the people of India may soon have to pay for management and disposal of solid waste. These rules also have provisions for spot fines for littering public spaces.

The new SWS rules are being revised and renewed after a gap of 16 years and will take the place of Solid Waste Management rules, 2000.

Speaking on the new Solid Waste Management rules, 2016, the Union environment Minister Prakas Javadkar said that there were some municipal areas in the country where the system of charging people for waste management already existed. He further added that the new rules gave powers to local bodies across India to decide the user fees.

The SWM rules 2016, have broadened the ambit of the rule, the previous rule of 2000, beyond municipal areas by including urban agglomerations, notified industrial townships, areas under Indian Railways, airports, ports and harbours, defense establishments, special economic zones, state and central organizations, places of pilgrimage, religious and historical importance.

The new Solid Waste Management rules, defining sanitary waste such as sanitary pads, call for their proper disposal. The rules describing the responsibility of the manufacturers, state, “Manufacturers or brand owners or marketing companies of sanitary napkin and diapers should explore possibility of using recyclable materials in their products….. They shall provide a pouch or wrapper for disposal of each napkin or diapers along with packet of sanitary products”. The rules call upon companies to educate masses about proper wrapping and disposal of such wastes.

Solid Waste Management a problem to be solved

Solid Waste Management is/has been a major problem across India as untreated waste disposed in open has incited water pollution and clogged sewer systems. According to official estimates, at present 62 million tones of solid waste is generated every year; however, only 43 million tones is collected and out of which only 12 million tones is treated.

During the last one month, the environment ministry has announced waste management rules for plastic waste, solid waste and construction and demolition waste.

According to the Union Environment Minister the new rules of Solid Waste Management is an effort to overhaul the system to obtain the objectives of Swachh Bharat.

The rules also concentrates on making ragpickers an integral part of waste management system. Shedding light on the monitoring and implementing the new rules the Minister informed that ‘a cell has been formed within the ministry to oversee the progress.