Niharika Bhatt – Left a US Govt Job and Became an IPS 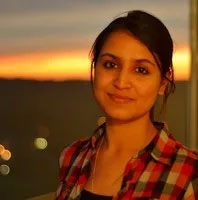 2015 batch IPS, Niharika Bhatt, has secured All India 146 rank, prior to this she has taken a tough decision of leaving her Job in US Government  and fight for becoming a Civil Servant in India and she made though it well. She hails from Lucknow where she received most of her education.

She graduated from Institute of Engineering and Technology, Lucknow in Electronics and instrumentation. She is also having an engineering degree from Michigan University, US which she earned after shifting to US.

I was in a situation in 2013. I was discussing the possibility of applying to PhD programs, continuing with my research job or give a cent percent attempt to UPSC.

This is what I did. I downloaded ncert books – class 6th to 12th – history, geography, polity pdfs.
Also I searched and discussed about optionals and sociology appealed to me. To test waters and make sure that I enjoy the subject I ordered Haralambos on amazon.

As fate would have it, October 2013 had US government shut down for 2 weeks that gave two weeks off from work and solid time to read this stuff.

So I went through this material. Just relaxed reading. No underlining, nothing.

If after “skimming” through basic chapters of optional, and ncert (at least Geo and polity) you can see yourself enjoying and studying for the next 1 year with the aim to clear this exam in one attempt. Then I would say go for it.!!!

If you want to discuss more, please drop me a PM and I will be happy to clear your doubts.

Also, be very clear in your head about why you want to pursue upsc. During prep, thoughts of “why the hell did I leave a comfortable life and get into this” will come to mind, it is human nature. Clarity of goal and thought is essential to maintain the momentum of studies.

May the force be with you!

Here is a full Interview

Tell us about your background relating to education and work experience?

I completed my schooling from Seth MR Jaipuria School Lucknow, after which I completed my engineering in electronics and instrumentation from Lucknow’s Institute of Engineering and Technology. To pursue M.Tech, I chose University of Michigan, USA. I then took up the job of a researcher in department of Food and Drug Administration (FDA) of the US government. Here, I worked for one-and-a-half year on how nano particles haven impacted human health.

While studying for engineering or in your school days, did you ever think of appearing for UPSC exams?

No, I never thought about it.

You were in USA working with a reputed organization like the FDA. What made you to leave that high-end profession and prepare for UPSC?

During my tenure with the US government service, I travelled to China. It was then I realised that the biggest impact I can make on the society is by being a part of the government machinery. And then it struck me, “Why US and not my own country?” In recent years, we as a nation have come up stronger in all the fields. We require people who have that determination to make a change and this will only happen when people like us will start contributing towards it. I always had a dream to serve my country.

You cracked the UPSC exam in your maiden attempt, while preparing did you had any plan to make it in the first go or it just happened?

First go was always the plan. I thought if I did not make it in the first attempt, I will either go back to the US or will plan for a research or a Ph.D in India.

Tell me about your study plan, i.e., schedule of your preparations etc., and what lead you to choose sociology in mains?

After coming back to India, I relocated to Rajendra Nagar in New Delhi which is also a UPSC preparation hub. I did not attend any coaching. I used to put in 10-12 hours of self-studies daily and made efficient use of internet to understand current issues. I made a list of basic books and revised them ‘n’ number of times. I was not in touch with any of my friends or family members except my parents who had my phone number. I only joined the mock tests to evaluate my personal preparation, which helped me immensely.

While deciding about the subject for mains, I looked up at the syllabus for all of the subjects which were of my interest and found sociology very interesting and it came to me very intuitively.

You being a global student, do you think others should follow your footsteps?

I feel US is a good place for higher education. After completing the course and getting some work experience, people should come back to serve the country.

What was the role of internet in your preparation?

I think Internet played a very important role. My day used to start by opening my laptop. I used to read about current affairs online. All government objectives were briefly explained on government websites which helped me in making my notes. I also used to make notes online and used to revise whenever needed. Google helped a lot as there were many topics which were easily available on a single click.

Whom (Who?) do you think of as your role model, apart from your parents?

I am inspired by T. N. Seshan & Vinod Rai. They have gained respect being public servants during their work tenure and have also brought about many reforms in their respective work areas. I even admire S.Y.Quraishi who was the Chief Election Commissioner. I used to follow him on twitter too.

When you decided to come back, what was your parent’s reaction?

My parents were amazingly supportive about my decision to come back and prepare for UPSC. My father told me if that’s what you want to do, you should go for it. (Niharika is the daughter of a doctor father and mother is a home-maker)

Do you think State governments should compete on the basis of development and what do you think we as a state lack currently?

Yes, development should be the key agenda for any government in power. I think Development and Law & Order are the two important aspects we as a state should mainly focus on, as, because of lack of infrastructure, industries do not want to settle their base in our state and that becomes a reason for the talent to move to either other states or abroad.

Tell me any three problems which India as a country is facing where bureaucracy can help solve it?

As per my view Education, Women safety (Law of Order) and Proper monitoring of Fund Flow are three main aspects where bureaucracy can help.

Education – Entire system should be properly monitored, lack of infrastructure like school buildings, necessary items needed should be given priority. Because of simple problems, attendance in schools drops down, which becomes the area for concern.

Women Safety – Which is part of Law & Order, should be the topmost priority for the administrative system. Digitization of police force should be incorporated to make them more advanced and help fight with challenges on a shorter notice.

Monitoring flow of funds- Strict monitoring of funds should be maintained and digital monitoring of funds should be done, ensuring that input and output remains the same which will also help us keeping an eye on corruption.
We at Lucknow Observer recognize Niharika Bhatt as an Inspirational Leader for our society. We wish her all the best for her future and appreciate the fact that she had the courage to follow her dreams!

The interview was given to Surabhi Mishra of Green Globe for Lucknow Observer.