My account
Get into your account.
LoginRegister
Plans
Home Current Affairs Signing NPT not a prerequisite for Nuclear Suppliers Group 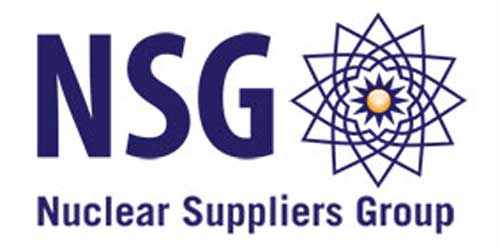 On Friday, the Government of India rejected the China’s argument that India must sign the Non-Proliferation Treaty (NPT) if it wants the membership of the Nuclear Suppliers Group (NSG). To counter the argument of China, the Government of India has come out with the argument, a sort of reminder, that France was included in the Elite list of Nuclear Suppliers Group without signing the Non-proliferation Treaty.

Clearing the stand of the Government of India the spokesperson of the External Affairs Ministry said, “I think there is some confusion here. Even the NPT allows civil nuclear cooperation with non-NPT countries. If there is a connection, it is between NSG and IAEA safeguards and with export controls”. Adding further the spokesperson said, “Nuclear Suppliers Group members have to respect safeguards and export controls NSG guidelines. The NSG is an ad hoc export control regime and France, which was a member of the NSG since it respected NSG objectives.

Background of the controversy over Nuclear Suppliers Group

Recently, a news about China’s getting in the way of India’s attempt to obtain the membership of the widely acclaimed Elite list of Nuclear Suppliers Group (NSG) got enough prominence to become a controversy. On the part of China it had been said that all the multilateral non-proferation export regime, even the NSG, regarded NTP as an important standard for the expansion of NSG. And hence, members of the nuclear supplier group should be party to NPT.

Current Position of the controversy of NSG

Responding to the pointed accusation from not only the Indian Government of India but also from the entire Indian media the spokesperson of the China’s Foreign Ministry, Lu kung, in a bid to clear the stance of the Chinese Government, said “Apart from India a lot of other countries expressed their willingness to join. Then it raised the question to the international community- shall the non-NPT members also become the part of the Nuclear Suppliers Group?” He further added (that) “China’s position is not directed against any specific country but applies to all the non-NPT members”.

Moving a step further with an intension to ease the tension that the Nuclear Suppliers Group, issue had developed between India and China, the vice-minister of foreign affairs of China, denying that his country was creating a hurdle in India’s bid for acquiring a seat in Elite Nuclear Suppliers Group, said that China was willing to “work” with the members of non-NPT 48 nation grouping including India to find a way out. To quote Liu Zhenmin, the Chinese Vice-minister of foreign affairs “Members of the nuclear Suppliers Group should be party to NPP. So, I think China will also work with others including Indian colleagues together to find a solution.”

It has been speculated in the Indian political circle that during his visit to Beijing next week, the President of India, Pranab Mukherjee, is going to raise this issue and seek a clarification.

In May 1974 in a response to the Indian Nuclear Test, the NSG Nuclear Supplier Group was founded with an objective to limit the export to nuclear equipments, materials a technology. However, NSG not for the first time on Novemebr 1975, almost one and half years after its foundation.

The Nuclear Suppliers Group, in the beginning, had seven participating member states. The number of member increased to fifteen that included countries like Belgium, Czechoslovakia, Italy, East Germany etc. Up to 1990 twelve more members joined the NSG. China got the status of participating Government in 2004 in the NSG. As of 2014 the Nuclear Suppliers Group has 48 members in its fold. The NSG Chair Country for 2014-15 is Argentina.

In order to cement the deal of Civilian Nuclear Trade with India, in July 2006 the United States Congress amended US Law. In meeting of NSG participating Governments on September 6, 2008, it was decided to grant India a “Clean Waiver” from the NSG’s existing terms and conditions that did not permit nuclear trade with a country which had not signed the Nuclear Non-proliferation Treating (NTP). This decision of the Nuclear Suppliers Group was a result of the three day’s intense diplomacy executed on the part of the USA.

The approval of the Nuclear Suppliers Group, officially, came in the wake of a formal pledge taken by India in which it said that it was not going to share sensitive nuclear technology or material with other nations and abide by its voluntary moratorium on testing nuclear weapons. This pledge of India was the part of a crucial statement that India issued when the meeting of the Nuclear Suppliers Group was in the process. In this statement India had presented the outline of its policies on disarmament and nonproliferation.

Support for India’s bid in getting the membership of NSG