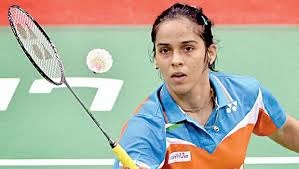 Saina, Srikanth rise in Badminton World Federation rankings            Riding on their recent China Open title victories in Fuzhou, India’s Saina Nehwal and Kidambi Srikanth rose up the ladder in the latest Badminton World Federation (BWF) rankings released on Thursday.While Olympic bronze medallist Saina jumped a place to No 4 in women’s singles, Srikanth, who defeated two-time Olympic champion Lin Dan in the final on Sunday, made a leap of six places in the men’s singles rankings to be positioned at No 10, his highest ever ranking.

Based on consistent performances in recent tournaments, HS Prannoy also made a rise of three places to be ranked No 24, his best ever ranking, while Parupalli Kashyap retained his No 17 position.

Jwala Gutta and Ashwini Ponnappa also moved up a place to No 19 in women’s doubles.