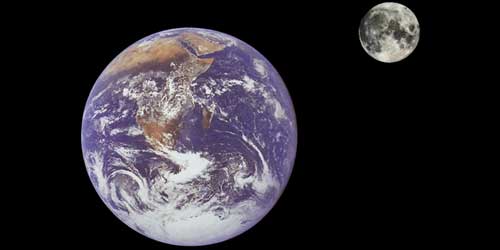 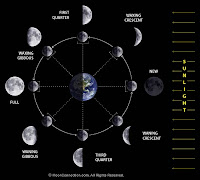 The moon, being a satellite of the earth, revolves around it. At the same time, the moon also rotates on its axis and the axis of the moon is more or less parallel to the axis of the earth (the axis of the moon is inclined at the angle of about 58 degrees 43 inches with respect to the plane of the ecliptic).
The moon has a diameter of about 3480 km and has a mass about 1/81 that of the earth. Like that of the earth and the moon orbits is also elliptical. At its nearest point to the earth the moon is said to be in perigee, and at its farthest, in apogee. The distance between the earth and the moon varies from about 356,000 km at perigee to about 407,000 km at apogee. As the moon completes one revolution around the earth every month, the perigee and apogee are monthly phenomenon’s, unlike perihelion and aphelion that are the annual phenomenon.
The moon’s period of revolution with reference to the sun is about 29.53 days (29 days, 12 hours, 44 minutes, and 2.8 seconds) this period is called a synodic month. In term of sidereal time, it takes about 27 and half days (27.32 days, or 27 days, 7 hours, 43 minutes, 11.6 seconds) for the moon to be re-located in exactly the same meridional position with respect to the stars. This period of about 27 and half days is called the sidereal month and is the time required by the moon to complete one revolution about the earth with respect to the stars. The time taken by the moon in completing one revolution around the earth (synodic month) is longer than one sidereal month because of the fact that while the moon revolves around the earth, the earth also evolved around the sun and thus the moon has to travel a longer distance to be re-located exactly in the same position with respect to the earth and the sun. 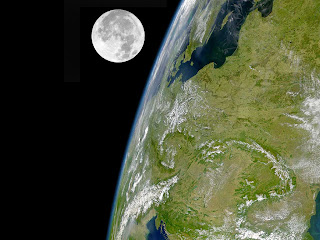 Water on the Earth