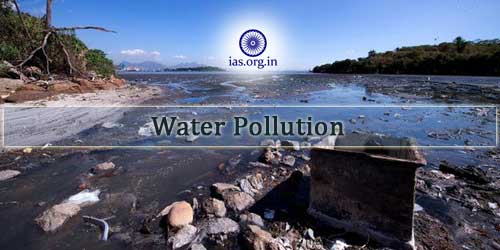 Water, the basic necessity of life, has its use in agriculture, household and industry; however due to disposal of domestic wastes and industrial effluents  and use of fertilizers and pesticides in agriculture the problem of water pollution is now getting the much needed attention from the governments across the world.

The most common purposes of using water are for drinking, washing, cooking etc, for which pure and clean water is required. But the natural water we got through rain, snow, hail, etc gets polluted by natural processes like washing away of the decomposed vegetable and animal of water gas in the main stream of water and as well as by human activity.

Polluted water contain various signs like it may have a bad taste or offensive smell, may have oil or grease floating on the surface or has an unpleasant colour that depends on the place of storage of storages, water pollution can be divided into five different types:

Major percentage of water, that is (> 90 %), is available in the form of ground water, means below the surface of the earth. The remaining is available in lakes, streams, rivers, ponds, etc. Only 2 % water is available as soil moisture that is essential for the plants to grow. The pores of the earthy materials acts as a filter for the water which collects on the surface and make it pure ground water. For this, well water is used for various domestic purposes in rural households.

This ground water is polluted due to the disposal of domestic and also the use of fertilizers and pesticides in farming techniques. Various harmful substances dissolve in rain water and pass through soil to enter the ground water and contaminate it.

Lakes contain a large part of the water area on earth that can get contaminated in a number of ways. Organic wastes from hills and toxic effluents from urban areas flow into the lakes. Industries throw their wastes into the lakes nearby which polluted the lake water. Sewerage treatments plants discharge toxic organic matter into the lake. Also, dumping of huge amount of sediments and inorganic agricultural nutrients also pollutes the lake water.

River water is polluted with industrial discharges such as that of paper, textile, rayon, fertilizers, pesticides, detergents, drug industries and refineries. People also through domestic sewages in the river that contaminates the river water. Polluted water-borne diseases such as dysentery, cholera, typhoid, jaundice, etc.

Sea Water is polluted through the discharge of urban sewage, split, plastics, flow of pesticides and toxic chemicals, radioactive wastes, sanitary and kitchen waste etc. Apart from these, the main cause of  the sea water pollution has been the spreading of oil which is called oil spill or oil slick. This happens when oil tankers open accidently in the sea, oil leakages from pipelines, or by discharge of oily wastes from tank washings.

In India, oil spill, means spreading of oil into sea, occurred in Bombay on 17th May, 1992 due to rupture of pipeline which damaged the marine life and ecosystem that surrounded it. It damaged fishery by making the fishes unable to respire by clogging their grill slits.

Synthetic detergents: The are used in almost every household and form a major source of water pollution. Synthethic detergents that are used as cleaning agent consist of a surface active agent, technically called surfactant, that is usually sodium phosphate (polyphosphate) that is added to remove hardness.

Water polluted with surfactants create a number of problems; some important ones as follows:

It is important to know that apart from being used in saving plants from pests, pesticides are also used to prevent the growth of weeds – Unwanted plants which grow along with the main plant.

The sources of the municipal sewage and the municipal waste water are: hotels, restaurants, residential areas, slums and continuing faeces and urine of infected patients.