My account
Get into your account.
LoginRegister
Plans
Home Learn Geography What is the difference between meteors, meteorites, meteoroids and asteroids ? And... 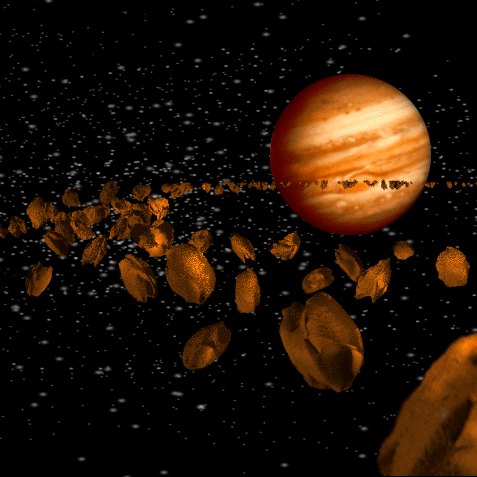 Asteroids are space rocks that orbit the Sun. They are the small bodies of the inner solar system found typically between Mars and Jupiter. There is no clear dividing line between asteroids and meteoroids. A space rock that is bigger than a grain but smaller than an asteroid is a meteoroid. After entering Earth’s atmosphere, a meteoroid gets heated up, starts glowing and ultimately vapourises. Meteoroids that leave a visible streak of light and get completely vapourised are called meteors or shooting stars. If a small asteroid or a large meteoroid succeeds in landing on the surface, it is called a meteorite.

Like asteroids, comets arc also believed to be space debris or fragments left over after the formation of the solar system. But unlike asteroids, comets are thought to have originated from a region beyond the orbit of the outermost planet. They revolve around the Sun in elliptical orbits. Many of these orbits go far beyond the planets. Comets are made of ice, rock,and organic compounds and their diameter can stretch up to several kilometers. A detailed knowledge of comets’ chemical composition might provide vital information about the conditions from which Earth was formed 4.6 billion years ago. It is believed that the life on Earth began after bombardment by comets since comets have abundant supply of water and carbon-based molecules.

Related Posts:
SATELLITES AND ASTEROIDS
MEMBERS OF THE SPACE FAMILY