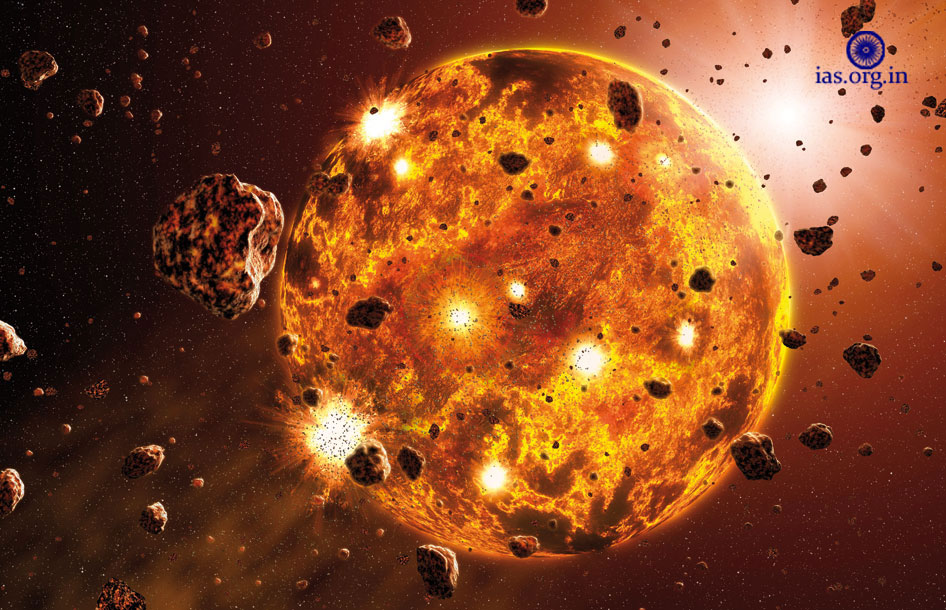 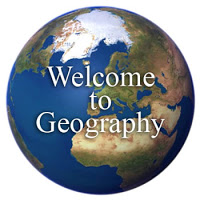 The earth is an oblate spheroid and not a true sphere because it is flattened at the poles and bulges out at the equator. Its circumference is 25,000 miles.

The axis of the earth is the imaginary line on which the earth rotates.

They are the end of the axis. One end is called the North Pole and other the South Pole.

It is the name given to the group of nine major planets (Mercury, Venus, Earth, Mars, Jupiter, Saturn, Uranus, Neptune, Pluto) and their satellites, asteroids and hundreds of meteorites which revolve around the sun. They are kept in position on account of the pull of the sun on the planets. The Solar System originated from the huge gaseous mass called Nebulae.
The six most abundant elements in the earth’s crust are:(1)Oxygen 49.85% (2)Silicon 26.03% (3)Aluminium 7.28% (4)Iron 4.12% (5)Calcium 3.18% (6)Sodium 2.33%.
Read More: Jupiter; The Largest Planet of Solar System

Motion of the Earth

Rotation of the Earth

It turns round its own axis once in 24 hours,from West to East.

Revolution of the Earth

It revolves around the sun in about 365 days.
Don’t Miss: Timeline of a Scientific Revolution

The Boundaries of the Zones

It lies between the Tropic of Cancer and Tropic of Capricorn,i.e 23 and a half degree North and South on either of Equator side.
Must Read: Climate of India

The coldest zone which the sun’s rays are excluded entirely at least for one whole day in a year.

It is between the Torrid and Frigid Zone 66 and a half degree North and South on either side of the Equator.

Meridian means “Midway Line”. It is the imaginary line joining North and South Poles that, when any place comes directly below the sun, has its midday everywhere on it.
Don’t Miss: General Geography Compendium & for Competitive Exams

It is the meridian, that passes through Greenwich, that is placed near London.It is the zero degree longitude.

Local Time or Sun Time of the place is the time which is reckoned according to the time when the sun’s altitude is the highest at that place. At this time, the shadow of a vertical rod fixed in the ground is the shortest.

If every place were to use its own local time that Standard Time of India is the local time of a place near Allahabad situated at 82 and a half degree E longitude.

It is a triangular-shaped land between the distributaries of a river.
Have a Look at: Solar Eclipse – Everything You Need to Know

Tide is the periodic rise and fall of sea water twice in about 25 hours.