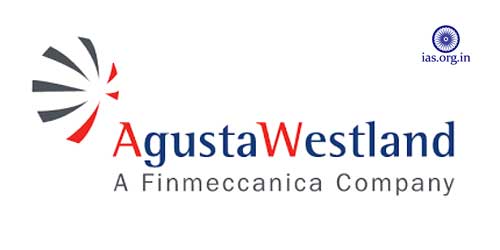 The External Affairs Ministry, following a request by the CBI, has directed 8 India Missions abroad to ask the countries concerned to ensure quick execution of Letters Rogatory (LR) which were issued earlier to establish the money trail in the Augusta Westland Chopper Scam; it is a Rs. 3,600 crore scam.

The LRs had been issued to Italy, Tumisia, Mauritius, Singapore, British Virgin Islands, Britain, United Arab Emirates and Switzerland. However, a few countries have either responded to the LRs or executed them partly while some others are yet to respond.

LRs are judicial requests to foreign countries for legal assistance in criminal case; it is so CBI had a few days back had requested, through a letter, the Ministry of External Affairs on expediting execution of LRs.

Must Read: Appointment of New Judges in the Supreme Court (SC)

Present Pretext of the Issue

On January 1, 2014 the Government of India had abraded the contract with Finmeccanica’s British subsidiary Augusta Westland for supplying 12 AW101 VVIP Choppers to the Indian Air Force (IAF) over alleged breach of contractual obligations and charges of payment of bribe too the tune of RS. 423 crore by it for cementing the deal.

In 2015 CBI filed a chargesheet in Augusta Westland case in which it claimed that it had detected flow of alleged kickbacks sent from abroad to companies of the accured Delhi based lawyer Gautam Khaitan and cousins of the former IAF chief. It is imperative to be informed here that CBI is currently investigating the Augusta Westland Chopper scam and it has already questioned, as it claimed by CBI, former IAF Chief SP Tyagi for the fourth Consecuive day by Thursday.

In 2010, in the month of February, the Government of India signed a contract to buy 12 Augusta Westland AW101 helicopters for the Communication Squadron of Indian Air Force to carry the President, PM and other VVIPs.

Controversy over the contract surfaced with the arresting of Giuseppe Orsi, the CEO of Finmeccanica, Augusta Westland’s Parent company by Italian authorities on 12 February 2013.

Several Indian politicians and military officials have been indicted of taking bribes from Augusta Westland in order to secure the Rs. 36 billion (US $ 530 million) Indian contract for supplying 12 Augusta Westland AW101 choppers.

On 25th March, India’s Defense Minister while confirming conforming corruption allegations said, ” Yes corruption has taken place in the helicopter deal and bribes have been taken. CBI is pursuing the case very vigorously.”

After serious allegations and huge controversy in Augusta Westland case then defense minister A. K. Antony on 12th February, 2013 order an investigation by the Central Bureau of Investigation (CBI)

By introducing a motion in Rajya Sabha, on 27th February 2013, the UPA II government tried to set the wheel for an investigation in the Augusta Westland scam by a 30 member Joint Parliamentary Committee (JPC).

The motion was passed amidst the protest and walkout by most of the opposition parties for they consider this move as ‘exercise in futility’; the opposition including BJP, who is currently in power, instead demanded a Supreme Court monitored investigation; as, at present the Congress, now in opposition is asking for.