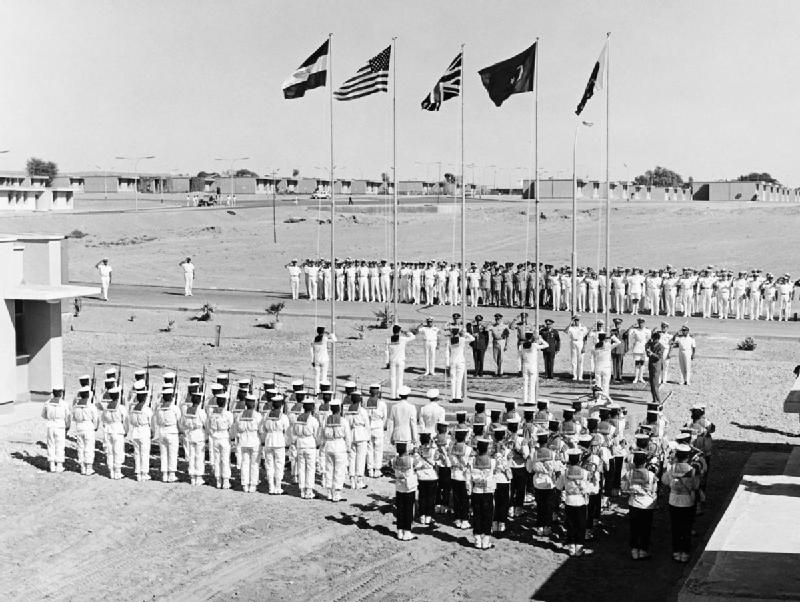 Formed at the urging of Britain and the United States, the Central Treaty Organization was intended to counter the threat of Soviet expansion into vital Middle East oil-producing regions. It was never very effective. Iraq withdrew from the alliance in 1959 after its anti-Soviet monarchy was overthrown. That same year the United States became an associate member, the name of the organization was changed to CENTO, and its headquarters was moved to Ankara. Following the fall of the shah in 1979, Iran withdrew, and CENTO was dissolved.

The objective of the alliance was to prevent the spread of Communism and of Soviet influence in the Middle East. In the event of aggression against any of the Middle Eastern members of the alliance, the United States was pledged to take such appropriate action as would be mutually agreed upon. The members engaged in many cooperative nonmilitary projects.

CENTO was formed in 1955 at Baghdad, Iraq, as the Middle East Treaty Organization (METO), and was commonly also referred to as the Baghdad Pact. When Iraq, one of the original members, withdrew in 1959 the alliance was reorganized under the new name. With the withdrawal of Pakistan and Iran in 1979, CENTO collapsed.

U.S. pressure and promises of military and economic aid were key in the negotiations leading to the agreement, although the United States could not initially participate “for purely technical reasons of budgeting procedures.” In 1958, the United States joined the military committee of the alliance. It is generally viewed as one of the least successful of the Cold War alliances. The organization’s headquarters were initially located in Baghdad (Iraq) 1955–1958 and Ankara (Turkey) 1958–1979. Cyprus was also an important location for CENTO due to its positioning within the Middle East and the British Sovereign Base Areas situated on the island.

CENTO did little to prevent the expansion of Soviet influence to non-member states in the area. Whatever containment value the pact might have had was lost when the Soviets ‘leap-frogged’ the member states, establishing close military and political relationships with governments in Egypt, Syria, Iraq, the People’s Democratic Republic of Yemen, Somalia, and Libya. By 1970, the USSR had deployed over 20,000 troops to Egypt, and had established naval bases in Syria, Somalia, and P.D.R. Yemen.

CENTO had an elaborate organizational structure, including a council of ministers, a secretariat, and an economic committee, with subcommittees in the health, trade, and communications fields. The council of min­isters, CENTO’s supreme source of authority, met annually at the prime ministers’ or foreign ministers’ level, alternatively in Tehran, Islamabad, Ankara, London, and Washington. A council of deputies held fortnightly meetings at the Ankara headquarters at the ambassadorial level.

CENTO was created as a conventional military alliance in the Cold War climate of the 1950s and served as the central link in the chain of strategic defense pacts against the Soviet Union and its allies established by the Western powers from the North Atlantic Treaty Organization (NATO) to the South East Asian Treaty Organization (SEATO). Although the fear of commu­nist expansion in the Northern Tier region was very real, it was unlikely that Persia, Iraq, Turkey, and Pakistan would have come together on their own initiative without British and American assurances.

London in particular con­sidered CENTO to be “vital” to its security and ardently hoped that other states would join in due time. For the British a Middle East security system required the participation of Arab states, espe­cially Egypt, to give it viability. Without the participa­tion of nationalist Arabs a defense pact associated with the West could not remain stable. After the Iraqi with­drawal in 1959, in spite of serious efforts, CENTO failed to secure the cooperation of any other Arab state. This deprived the alliance of much of its significance, and one might say that its sword lacked a cutting edge.