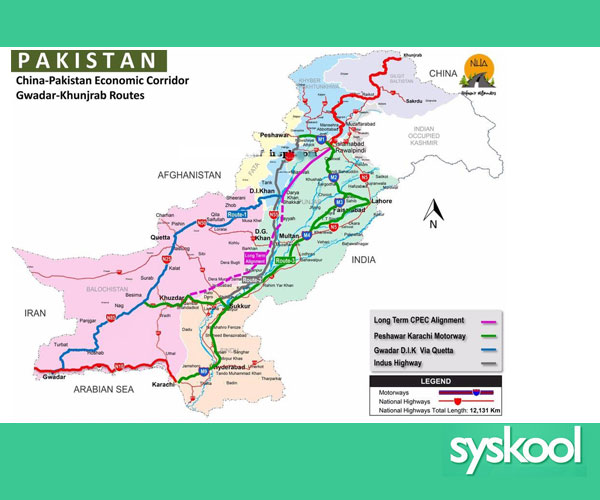 China Pakistan Economic Corridor, popularly known as CPEC, is an ambitious infrastructure development project of Pakistan in partnership with China. It is a part of Chinese One-Belt-One-Road initiative. It includes country-wide rail-road and gas-pipeline network and development of other transit corridor facilities. The project includes the development of a port in Gwadar region, known as Gwadar port; construction of power plants which will generate 4500 MW of electric power.

China has included CPEC into its 13th Five Year Plan which proves its importance for China. China has invested a huge sum of 46 billion dollars in Pakistan. The investment is made in the form of highly subsidized interest loan to Pakistan. Out of this, $ 11 billion of this investment will be dedicated to development of countrywide rail-road transit network connecting Chinese Xinjiang city Kashgar to port city Gwadar. A loan of $33 billion will be provided to private consortium under the aegis of China Pakistan Economic Corridor for development of energy generation capacity in Pakistan. 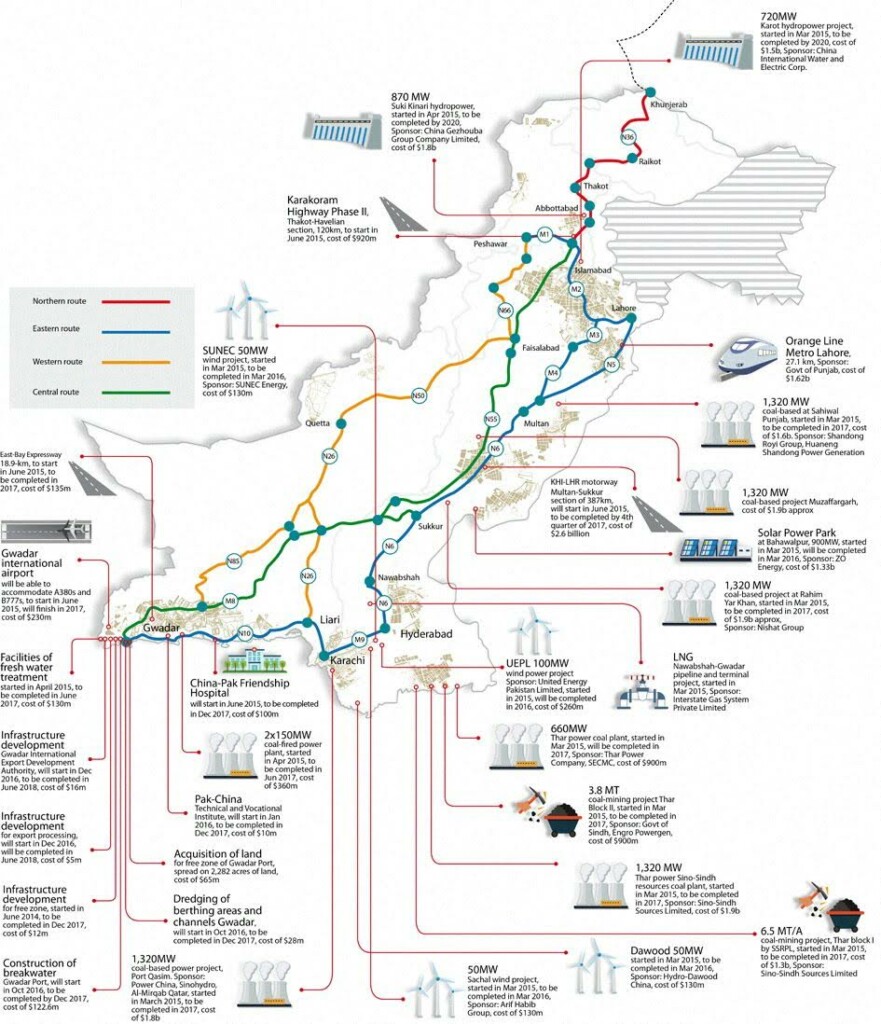 The construction of a deep sea port in Gwadar region of Balochistan province started in 2002 and and initial infrastructure construction finished by 2006. Now upgrade and expansion of Port is going on under CPEC agreement. Apart from port China has also granted $230 billion build Gwadar International Airport. Apart from this China is also going to invest $4.5 billion on roads, power, hotels and other infrastructure for the industrial zone as well as other projects in Gwadar city.

Pakistan has a chronic energy shortage issue and it requires 4500 MW of electricity to alleviate this crisis. Even best of its cities suffering from long power cuts. Under CPEC has private consortium will develop 10,400 MW energy generating capacity by 2020. Most of these plants are coal based but

Pakistan is critically dependent on CPEC and cannot afford losing it in any case. All government machinery, state functionaries, special agencies, media and even military all are unanimously supporting and focused on guaranteeing the success of this China Pakistan Economic Corridor.

The CPEC is considered to generate 7,00,000 new jobs in Pakistan, which is essential for Pakistan today in order to bring their young generation in mainstream.

Gwadar port is also seen as a part of China’s strategic policy to contain India in Indian Ocean known as String of Pearls Policy. U.S. consulting firm Booz Allen Hamilton was first to mention about this geopolitical theory. China is building naval bases in the form of various ports in Indian Ocean. China has been denying about any such strategic interest and claiming it as pure economic projects but facts are contrary to Chinese claim.

According to theory, China has been establishing a network of ports, dubbed the 21st Century Maritime Silk Road, extending from their own coastlines through Southeast Asia, the Indian Ocean, the east coast of Africa, and up through the Mediterranean to Greece. China has been working on building 15 ports from Hong Kong to Sudan including Sittwe in Myanmar, Hambantota in Sri Lanka and a Port in Maldives. 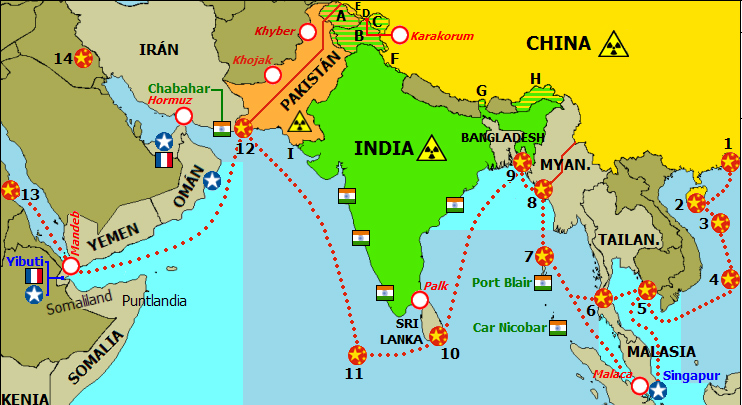 The security concern of India proved to be true when Chinese navy ships came to its Sri Lankan Port, India registered a strong protest against this activity of China in Indian region. With China already building ports in Sri Lanka, Pakistan, the Maldives, and Myanmar, Bangladesh was the last remaining link on a chain that would leave India completely surrounded.

India has raised its concern to Chinese authorities over construction in Gilgit-Baltistan region of Pakistan occupied Kashmir which is a disputed area between India and Pakistan. Under the aegis of CPEC the Karakoram Highway will be reconstructed and developed to connect China to Pakistan passes through the disputed region.

India was never against CPEC, until Chinese state media started calling Gilgit-Baltistan a Pakistani territory, which is actually a disputed region between India and Pakistan. India believes that a such development projects may address many problems in Pakistan and may bring stability there which is beneficial for the region.

Balochistan is least developed province of Pakistan and epicenter of China Pakistan Economic Corridor. Pakistani government has been ignoring the Baloch region since its incorporation into Pakistan. At the time of independence Balochistan was an independent princely state but later Pakistan annexed it. Since its annexation the demand and struggle for independence is going on which is being suppressed from time to time by excessive use of force by Pakistani military by killing thousands. As Balochistan’s Gwadar city is crux of CPEC but people are raising voice against this project. Pakistan need to build install confidence in Baloch people instead of killing them.