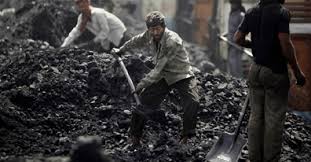 Following is the chronology of events of coal leading to the judgement: