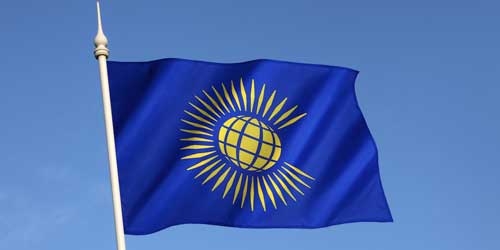 Must Read: Nation and Nationality

The Commonwealth of Nations was first officially formed in 1931 when the Statute of Westminster gave legal recognition to the sovereignty of dominions. “British Commonwealth”, the original members were the United Kingdom, Canada, Australia, New Zealand, South Africa, Ireland, and Newfoundland, although Australia and New Zealand did not adopt the statute until 1942 and 1947 respectively. The newest member is Rwanda, which joined on 29 November 2009. The most recent departure was The Gambia, which severed its connection with the Commonwealth on 3 October 2013.

Currently sixteen of the member states are Commonwealth realms with the Head of the Commonwealth of Nations also as their head of state, five others are monarchies with their own separate monarchs (Brunei, Lesotho, Malaysia, Swaziland, Tonga) and the rest are republics.

The Commonwealth of Nations has become a powerful voice in international forums, and has come to be known as a global opponent of racism, a promoter of democracy and good governance, an advocate of human rights and gender equality, a champion of small countries and participation of young people in development and a determined negotiator in working towards global economic systems which give a fairer deal to the poor.

The Commonwealth’s current highest-priority aims are on the promotion of democracy and development, which built on those in Singapore and Harare and clarified their terms of reference, stating, “We are committed to democracy, good governance, human rights, gender equality, and a more equitable sharing of the benefits of globalization.” The Commonwealth website lists its areas of work as: Democracy, Economics, Education, Gender, Governance, Human Rights, Law, Small States, Sport, Sustainability, and Youth.