My account
Get into your account.
LoginRegister
Plans
Home Know Lists Countries with the Largest Gold Reserves in the World 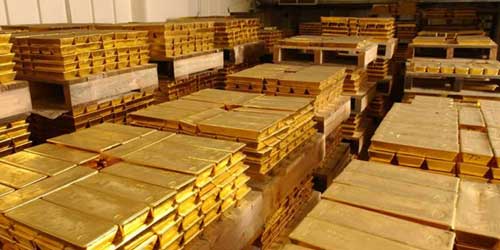 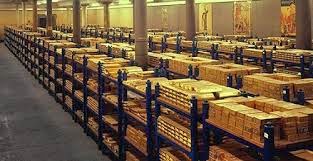 India rarely invests much in gold, as the country operates under a belief that buying gold leads to a deficit. The country currently holds 557.7 tonnes of gold, making up 9.9 percent of the country’s total forex reserve. Ten percent is the generally agreed-upon ideal average, and India is careful to remain right around that mark for maximum diversification.

Over the last decade and a half, Netherlands has been selling off some tonnes of gold to reduce its gold reserves. Less gold sold than the country wanted, and in recent years, this desire to sell has been reduced. Netherlands holds 52 percent of its forex reserve in gold, which currently totals 612.5 tonnes.

The small but powerful nation of Japan had been steadily increasing its gold reserves  since the 1960s. That reserve grew until the year 2011, when the country began to sell some of its gold reserves in order to calm the investors and stimulate the economy in the wake of the tsunami and the following Fukushima nuclear disaster. Japan’s reserves hover around 2 percent, with the official total reaching 765.2 tonnes.

Russia is the fourth largest producer of gold in the world, and has been building up its own gold reserves since 2006 in order to diversify. After a domestic purchase in 2012 of around 75 tonnes, the Russian gold reserve total reaches just shy of 970 tonnes. This investment brings the forex reserve percentage up to 9.8 percent, just shy of the ideal ten percent mark.

Prior to 1997, Switzerland was steadily building its gold reserves. In 1997, the decision was made to sell some of those reserves to bolster the Swiss currency and diversify the forex reserves. The forex reserve percentage in Switzerland is currently eight percent, with the country being the lowest on this list to hold over 1,000 tonnes; the total currently announced as 1,040.1 tonnes.

China is the world’s number one producer of gold, and yet very little of that gold is held in reserve for the country. Instead, most of it is sold and the profit reinvested in the Chinese markets. In the coming years, however, China looks to be expanding its need for gold, to increase its forex percentage above the current 1.7 percent. China currently holds 1,054.1 tonnes of gold in reserve.

France is the first country on this list to break 2,000 tonnes of gold in reserve. The country currently holds 2,435.4 tonnes. The country has recently sold over 500 tonnes, but has no plans to continue these sales in the coming years. France has a high reserve percentage in gold investment, reaching 65 percent.

Italy has seen its share of economic problems in the last decade, and its high gold reserve percentage is a symptom of the larger problem. Italy’s forex reserve ratio sits at 65 percent, with the country holding slightly more gold than France. Italy holds 2,451.8 tonnes of gold in reserve.

As the second largest holder of gold reserves in the world, Germany has been selling gold in small amounts over the last several years. However, the country recently announced its intentions to purchase gold from physical reserves in both Paris and New York. The current German gold total is 3,390.6 tonnes, making up 66 percent of the country’s forex reserves.

Coming as a surprise to no one, the United States is the third largest producer of gold and the single largest holder of gold reserves in the world. The only larger gold reserve in a single organization is the G6, of which many nations reside in the top ten individually. The United States gold reserve percentage is 70 percent, with the physical stockpile reaching 8,133.5 tonnes. This number has fallen in the last half-century from the all-time high of over 20,000 tonnes.