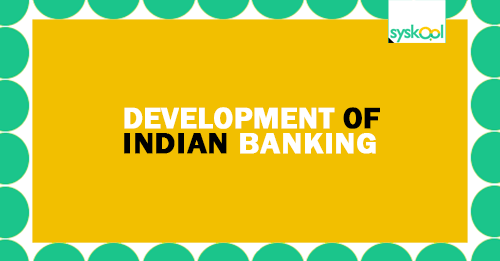 The Indian banking system is significantly different from those prevalent in other countries due to its unique geographic, social and economic characteristics. India has a large population, different cultures in different parts of the country and also disparities in income.

They were as follows –

In order to have more control over banks, 14 large commercial banks whose reserves were more than Rs. 50 crore each was nationalised on July 19, 1969. The nationalised banks are as follows –

After a decade, on April 15, 1980, those 6 private sector banks whose reserves were more than Rs. 200 crore each  was nationalised. These banks are –

Don’t Miss: Banks and their headquarters

On Septemeber 4, 1993 the Government merged the New Bank of India with Punjab National Bank and a result of this the total number of nationalized banks reduced from 20 to 19.

With the transition of the national economy to a higher growth trajectory, the provision of adequate and timely availability of bank credit to the productive sectors of the economy has acquired importance. As public sector banks still own about 71 percent of the assets of the banking system they continue to play an important role in responding to the change in economic environment. As the banking regulator and supervisor and as a monetary policy authority, the Reserve Bank of India (RBI) continues to guide the banking system, including foreign, private sectors and public sector banks, to meet emerging economic challenges.

As certain rigidity and weaknesses were found to have developed banking system during the late eighties, the Government felt that the financial system to play its role in ushering in a more efficient and competitive economy. Accordingly, a high-level committee under the Chairmanship of Shri M. Narasimham on the Financial System (CFS), was set up on August 14, 1991, to examine all aspects relating to the structure, organization, functions, and procedure of the financial systems. Based on the recommendations of the Committee a comprehensive reform of the banking system was introduced in 1992-93.

A high-level committee under Chairmanship of Shri M. Narasimham was again constituted by the Government of India in December 1997 to review the record of implementation of financial reforms recommended by CFS in 1991 and chart the reforms necessary in the year ahead. The Committee submitted its report to the Government in April 1998.

Basel Banking Norms What are Basel I, II, III ? Explained.

Difference between State Bank of India and Nationalised Banks