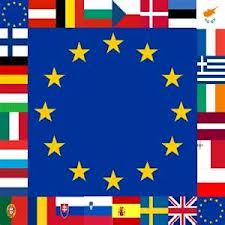 The EU traces its origins from the European Coal and Steel Community (ECSC) and the European Economic Community (EEC), formed by the Inner Six countries. The Maastricht Treaty established the European Union under its current name in 1993. The latest major amendment to the constitutional basis of the EU, the Treaty of Lisbon, came into force in 2009.

The EU has developed a single market through a standardized system of laws that apply in all member states. Within the Schengen Area, passport controls have been abolished. EU policies aim to ensure the free movement of people, goods, services, and capital, enact legislation in justice and home affairs, and maintain common policies on trade, agriculture, fisheries, and regional development.

The monetary union was established in 1999 and came into full force in 2002. It is currently composed of 18 member states that use the euro as their legal tender. The union maintains permanent diplomatic missions throughout the world and represents itself at the United Nations, the WTO, the G8, and the G-20.

Four countries forming the European Free Trade Association (EFTA) have partly committed to the EU’s economy and regulations: Iceland (a candidate country for EU membership), Liechtenstein and Norway, which are a part of the single market through the European Economic Area, and Switzerland, which has similar ties through bilateral treaties.

The EU has five key points in its energy policy: increase competition in the internal market, encourage investment and boost interconnections between electricity grids; diversify energy resources with better systems to respond to a crisis; establish a new treaty framework for energy co-operation with Russia while improving relations with energy-rich states in Central Asia and North Africa; use existing energy supplies more efficiently while increasing renewable energy commercialization; and finally increase funding for new energy technologies.