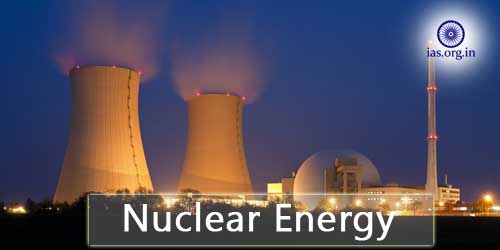 Nuclear power plant use nuclear fission (the process of splitting an atom in two). Nuclear fusion (the process of combining atoms into one) has the potential to be safer energy because it is produced at a much lower temperature. Nuclear energy comes from uranium, a non-renewable resource that must be mined.

Facts to know about Nuclear Energy

Signing NPT not a prerequisite for Nuclear Suppliers Group