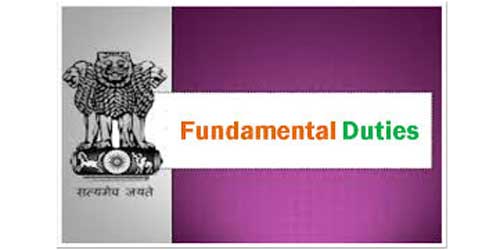 However, the Supreme Court, in the Surya Vs Union of India (1992) case, ruled that Fundamental Duties of Indian Citizen are not enforceable through judicial remedies by the court. In Vijoy Immanuel Vs State of Kerala (1987), the Supreme Court overruled the decision of Kerala High Court and decided that though to Constitution provides it to be the duty of the citizen to respect the National Anthem, it does not provide that singing of the National Anthem is part of such respect. Even a person, while standing during the singing of National Anthem (without himself singing it) can show respect to the National Anthem.
Must Read:
Fundamental Duties Incorporated in Constitution of India
Fundamental Rights (Articles, Writs)
Internet Governance and Internet Corporation for Assigned Numbers