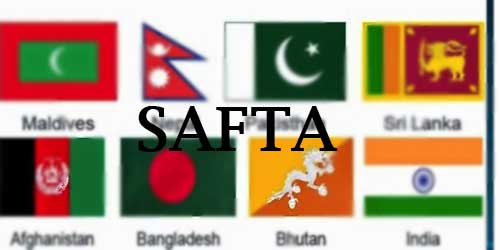 Outlining the products whose tariffs will not be reduced.

India and Pakistan will reduce their tariffs 0-5% level within 7 years while Sri Lanka gets 8 years, and LDCs like Nepal, Bangladesh, Bhutan and Maldives in 10 years.

A committee of Exports for the administration and implementation of the treaty.

Removal of barriers to the infra-SAARC investment, harmonization of the custom facilities transit facilities for infra-SAARC trade and simplification of procedure for the visa.