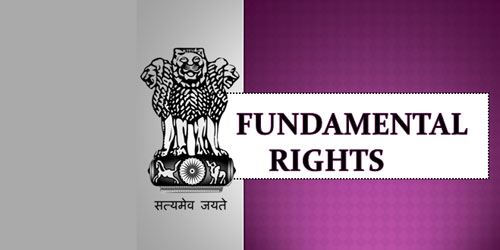 Articles 23 and 24 of the Constitution of India deal with Right against Exploitation.

The phrase “traffic in human being”, as in 1982 the Supreme Court  in the case of People’s Union V. Union of India has explained, includes a prohibition not only of slavery but also of traffic in women or children  or the crippled, for immoral or other purposes.

However, under clause (2) of the Article 23 an exception has been made for compulsory service for public purposes. But this imposition cannot be done by a mere executive order of the State, it has to be by law. In the case of People’s Union for Democratic Rights v Union of India in 1982, it has been held by the Supreme Court that even if remuneration is paid for the labour still, if is forced, then it is unconstitutional.

It has been settled by the Supreme Court in 1990, that devdasis is included in the phrase ‘traffic in human beings’ in the case of Vishal Jeet v. Union of India. In order to give force to this Article the Parliament has enacted the Bonded Labour System (Abolition) Act, 1976.

Article 24 of the Constitution, while dealing with Prohibition of employment of Children in factories, etc, states of that ‘no child below the age of fourteen years shall be employed to work in any factory or mine or engaged in any other hazardous employment’. In order to provide regulations for the abolition of, and punishment for employing, child labour, the child labour (Prohibition and Regulation) Act, 1986, has been enacted by the Parliament. The Act has also provisions for rehabilition of former child labourers. The Supreme Court, while issuing elaborate guidelines to child labour has stated that ‘there shall be set up child labour rehabilitation welfare Fund in which offending employer should deposit Rs. 20,000. Adult member of such child should be given employment.

Right to Freedom of Religion

Article 25-28 of the Constitution deal with providing religious freedom to all citizens and secures a secular state in India. The Constitution has firmly established that there is no official State religion and the State has the duty to treat all religions impartially and neutrally.

Article 25 of the Constitution, while dealing with ‘Freedom of conscience and free profession, practice and propagation of religion’, assures all persons the freedom of conscience and the right to preach, practice and propogate any religion of their choice. However, the Article make it morality and health, and the power of the State to take steps for social welfare and reform.

However, the right to ‘propagate’ does not comprise the right to convert other individual because it would amount to a violation of the other’s right to freedom of conscience.

Article 26 of the Constitution, while dealing with ‘Freedom to manage religious affairs’, assures all religious denominations and sects to manage their own affairs in matters of religion, establish institutions of their own for charitable or religious purposes, and own, acquire and manage property in accordance with the law of the land. However, this right is the subject to public order, morality and health.

The provisions provided in the Article do not lessen the power of the state in acquiring property belonging to a religious denomination. The State has also got the power to regulate any economic, political or other secular activity related to religious practice.

Article 29 and 30 deal with the cultural and Educational rights that are steps to protect the rights of cultural, linguistic and religious minorities by empowering them to conserve their heritage and protect them against discrimination.

Article 29, while dealing with Protection of interest of minorities, permits and section of citizens ‘having a distinct language, script or culture of its own’ the right to conserve and promote the same. This, therefore, safeguards the rights of the minorities by prohibiting State from imposing any extreme culture on them. Article 30, while dealing with ‘Right of minorities to establish and administer education instructions’, grants the right, to all religious and linguistic minorities, to establish and administer educational institutions of their choice to preserve and promote their own culture. The Article further prevents the State, in the course of granting aid, from discriminating against any institute on the basis that it is administered by a religious of cultural minority.

Article 32 of the Constitution, while dealing with ‘Remedies for enforcement of rights conferred by this Part’ (Part – III of the Constitution), enables citizens to approach the Supreme Court of India to seek protection against violation of their Fundamental Rights.