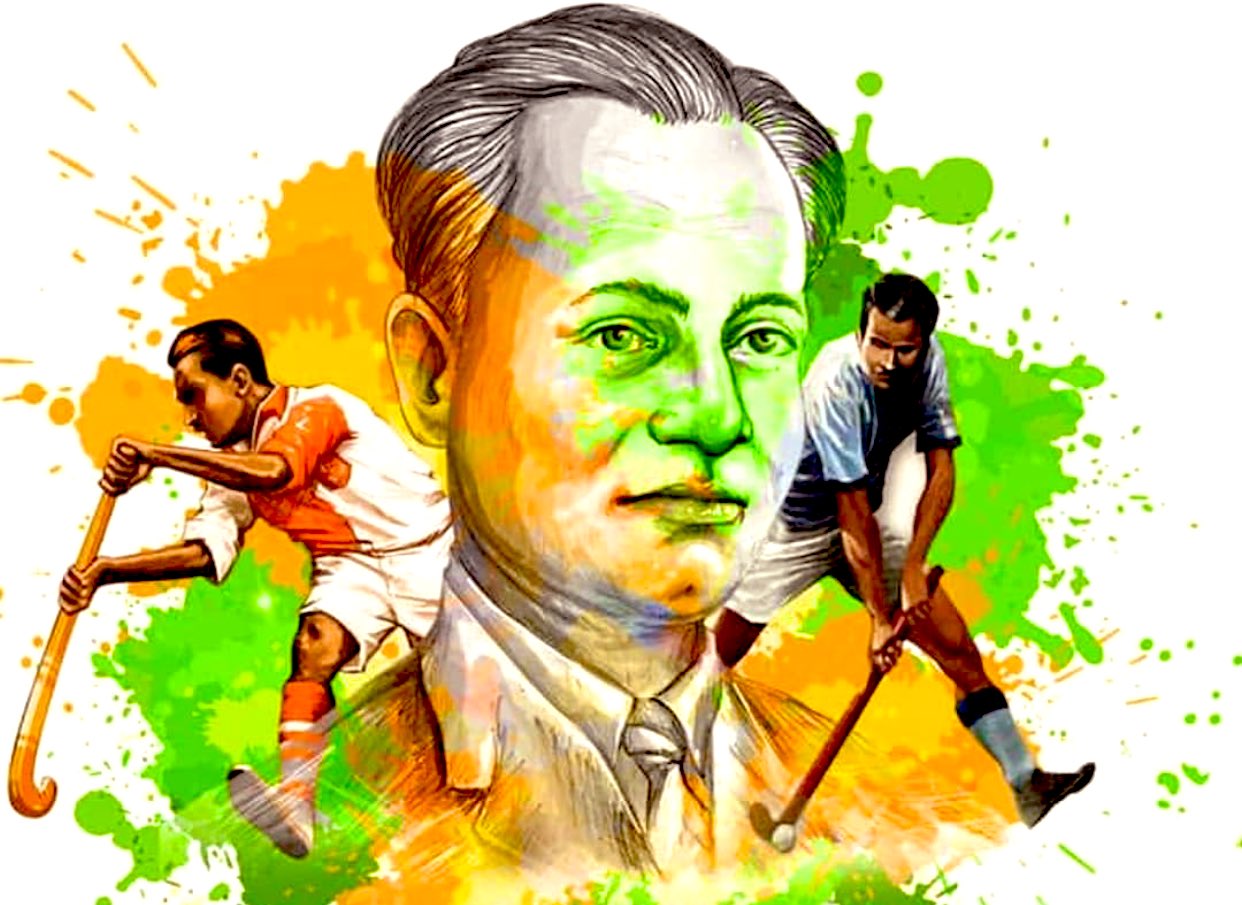 Dhyan Chand popularly known as hockey’s jadoogar. Dhyan Chand was born on 29th August, 1905 at Allahabad. His father was in the British Indian army.

He started playing Hockey with his friends who used to themselves make Hockey sticks from tree branches and balls from ragged clothes. At the age of 14 years he visited a Hockey match with his father, where one team was down by 2 goals. He insisted his father to play from the losing side, and when an Army Officer let him do so, Dhyan scored 4 goals for the team. Impressed by his skills, the Officer offered him to join the army.

Dhyanchand joined the army at the age of 16 in the year 1922 and took serious to hockey, this proved a turning point of his carrier. Subedar-Major Bhole Tiwari of Brahmin Regiment became Dhyan’s mentor inside the Army and taught him the basics of the game. Pankaj Gupta was the first Coach of Dhyan Singh who predicted that one day he would shine like the Moon, called Chand in Hindi. Hence, Dhyan Singh came to be known as Dhyan Chand. After that Dhyanchand rose in the hockey field like a meteor. This became an important milestone of his carrier. In the year 1926, he was selected for the Indian hockey team slated to tour New Zealand.

As soon as Dhyan Chand joined the army, his tryst with hockey began. After that there was no looking back for this magician of Indian hockey, popularly known as hockey’s jadoogar. His exciting stick-work encouraged the army to allow him to concentrate on the game. Dhyan Chand took part in the inter-provincial hockey championship and made an immediate impact on the national hockey scene. From the very outset Dhyan Chand showed a lot of promise and the day was not far away when he joined the ranks of the Indian hockey.

In the year 1934, Dhyan Chand was appointed the captain of the Indian hockey and subsequently captained the gold winning team at the Berlin Olympics in 1936. At the age of 43, he led the hockey team to the tour of East Africa in 1947. In this tour Dhyan Chand scored 61 goals in 21 matches that India played. After an illustrious carrier of 30 years, Dhyan Chand bid adieu to international hockey in 1949. He retired as Major and was also the Chief Hockey Coach at the National Institute of Sports. For his extraordinary achievements, the Indian government awarded him the Padma Bhusan in 1956. Throughout his carrier, He scored over 1000 goals in his career, from 1926 to 1948 .

Players like Dhyanchand become a synonym of the game; he is not a hero; he has become the parameter of hockey by which other player’s caliber is measured. Dhyan Chand helped India in winning gold medals in hockey in 3 successive Olympics games- Amsterdam Olympics (1928), Los Angles Olympics (1932) and Berlin Olympics (1936). He was the captain of the gold medal winner Indian Hockey team in the historic 1936 Berlin Olympics. Dhyan Chand scored 101 goals at the Olympic Games and 300 goals in other international matches. Dhyan Chand’s birthday (Aug 29) is observed as the national sports day. The Indian Postal Service issued a postage stamp in his memory, and the Dhyan Chand National Stadium at New Delhi has been named after him.

However, the last days of Dhyan Chand were not very happy, as he was short of money and was badly ignored by the nation. Once he went to a tournament in Ahmedabad and they turned him away not knowing who he was. He developed liver cancer, and was sent to a general ward at the AIIMS, New Delhi. He died on the 3rd of December 1979.