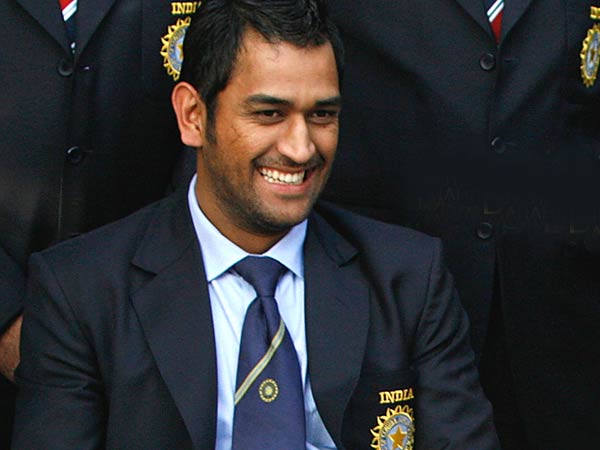 Cricket is undoubtedly the most popular sport in the Indian subcontinent and every young boy aspires to enjoy the respect and  honour commanded by a great cricketer. But getting successful in carving out a career in cricket is thought to be an uphill task, given the tough competition one has to face in order to find a suitable place even in the district-level team. But a small-town boy dazzled everybody’s eyes and acquired a permanent place in the national team with a bang in such a big way that every Indian was driven crazy. He is none other than the Indian skipper Mahendra Singh Dhoni. He is considered the greatest Indian captain of all time by many due to his determination, courage, confidence, and dedication. His brilliance as a great player is evident from his natural flair for aggression and making runs at a breathtaking pace. He virtually takes games away from the opposition at the drop of a hat. Today, he is considered one of the greatest batsmen of the world by virtue of his inimitable batting style and an enormous range of shots. His mercurial mind never fails to fascinate the spectators and the recent Test series win of the Team India bears testimony to this fact. He led his team to 4-0 victory against Australia in theTest series played in February-March, 2013. Earlier, he had led India to enviable victory in the inaugural World Cup Twenty20 championship in South Africa in 2007 and scripted a history by leading his team to lift the ICC Cricket World’Cup 201 I after 28 long years.

Must Read: Records of Indian Cricketer and their Achievements
Born on July 7, 1981, in Ranchi, Dhoni studied at DAV Jawahar Vidya Mandir, Ranchi. Dhoni made his One-Day International debut against Bangladesh in Chittagong in December 2004. He caught the attention of the cricket fraternity when he hit a blistering knock (148 runs off 123 balls) against Pakistan in Visakhapatnam in 2005. Dhoni’s genius reached its insuperable best during his swashbuckling ODI innings of 183 runs (not out) against Sri Lanka in Jaipur, Rajasthan, in October 2005. It was the highest ODI score posted by a wicketkeeper and also the highest score (120) off 6s and4s in an ODI innings.
Dhoni made his Test debut against Sri Lanka in Chennai, on December 2, 2005. He made an instant impact on the Test level too, pounding 148 against Pakistan at Faisalabad, only in his fifth Test, when India was struggling to avoid the follow-on. Dhoni has heralded a new genre of Indian cricketers— committed, courageous, fearless and willing to take the bull by its horns. Be it his composed attitude or the healthy secrets of his muscular prowess, Dhoni is the dream hero of all. The excellent wicketkeeper-batsman was voted as the MTV Youth Icon for the year 2006. The same year, Competition Success Review honoured him with a CSRGold Medal which is given to outstanding achievers. Mr. Dhoni was conferred the most prestigious award, Rajiv Gandhi Khel Ratna by the Government of India in 2007 for his invaluable contribution to the field of sports. The most remarkable quality in him is his humility and as St. Augustine has said, “It is humility that makes men as angels”.
Don’t Miss:
International Cricket Council (ICC)
10 Best Cricket Players in World