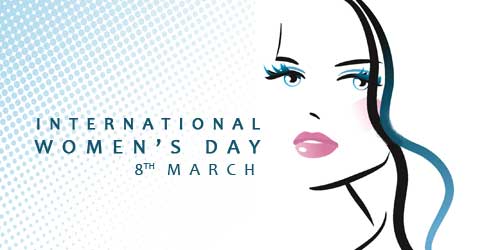 International Women’s Day is celebrated on March 8 every year. The theme of 2016 International Women’s Day is “Planet 50-50 by 2030: Step it up for Gender Equality”. The idea behind this is to speed up the 2030 Agenda for Sustainable Development. Which was formally pledged and adopted by world leaders at a 2015 summit. It concentrates on reducing poverty, hunger, disease and gender inequality.

International Women’s Day, a worldwide event, celebrates not only Women’s achievements (from political to social) but also calls for gender equality.

This year a Google Doodle featuring women and girls from across the world is making them complete the sentence ‘One day I will’ talking about their dreams and ambitions. To create this video Google visited 13 countries and spoke with 337 women, whose goals varied from “giving a voice to those girls who cannot speak” to “swimming with pigs in the Bahams.”

Women and girls, who are inspirited by the Doodle are encouraged to take to twitter to share their own endeavours with the hashtag # One Day I Will.

Although no one is certain about International Women’s Day origin, it can be traced to 1908, when nearly 15,000 women marched through New York City demanding voting rights, shorter working hours and better pay. One year after this event the first National Woman’s Day was observed in America on February 28 in conformity with a declaration by the Socialist Party of America.

In the year 1910, the leader of the Women’s office’ for the Social Democratic Party in Germany, Clara Zetkin, put forward the idea of an International Women’s Day. She suggested that every country must celebrate women, to push for their demand, on one day every year.

Must Read: US Women of World War 2

More, than 100 women belonging to 17 countries supported Zetking’s suggestion and International Women’s Day was formed. On 19 March, 1911 it was celebrated for the first time in Austria, Denmark, Germany and Switzerland.

It was decided in 1913 to shift the date of celebrating IWD to March 8, and since then it has been celebrated on that day. Since its recognition by the United Nations in 1975 IWD has created a theme each year for the celebration.

In 2011, the centenary year for International Women’s Day, US President Barak Obama proclaimed March to be ‘Women’s History Month.’

The objective of the observation of International Women’s Day- to achieve full gender equality for women of the world – has still not been realized. A gender pay difference is still there across the world, and women are still not represented in equal number in politics or business.

On the celebration day of International Women’s Day, women from across the world gather together to force the world to recognize these inequalities and in the process they hail the achievements of women who have overcome these hurdles.