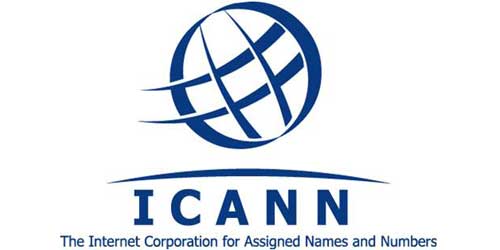 In March 2016, at an Internet Corporation for Assigned numbers(ICANN) summit in Marrakech, Morocco an important decision was taken towards addressing an issue that has taken a prominent place in recent years. The issue in debate here is – Internet Governance.

Internet Governance has become an key strategic issue amongst increasing threat of terrorism and risks on security front in which the role of the government highly important.

Till date , the internet is being governed by the National Telecommunications and Administration(NTIA), Ministry of Commerce, USA. However, at the end of September 2016 NTIA’s contract is going to expire. So, the discussion is on what should be the new architecture to govern the internet.

India renewed its support to multi – stakeholder model for governing internet at the Internet Corporation for Assigned numbers summit that is quite consistent with its domestic approach to communication policy that  comprises independent regulators that carry wide consultations and make policy.

About Internet Corporation for Assigned Numbers

ICANN is a non- profit body that administrates domain names and Internet protocol addresses(IPS) globally. When the ICANN was established in 1998, the starting plan was to restrain its anchoring contract with the US Commerce Department’s National Telecommunications and Information Administration(NTIA) for a short period of time, and for Internet Corporation for Assigned Numbers to  ultimately become independent in a couple of years.

However, ICANN has subsequently thwarted attempts by the United Nations’ International Telecommunication Union to take over its job.

What the ICANN does

In order to contact another person on the internet, a user has to type an address into her or his computer. This address has to be unique so computers know where to search for each other. These unique identifiers are coordinated by the ICANN across the world. Without this coordination internet connection is not possible.

So, it can be said that the role of Internet Corporation for Assigned Numbers is similar to that of a “traffic cop” checking and thus ensuring that network addresses are securely registered and function appropriately. It also manages the database for top level domain names such as . com and .net, and their corresponding  numeric addresses that permit computers to link, functioning under the mandate from the NTIA to supervise all this under contract.

Limitations of the Internet Corporation for Assigned Numbers

While ICANN was established as a non- profit body having partnership of people from the whole world that was dedicated to keep the internet secure, stable and inter – operable, it does not have actual control over the content on the internet.

So, it can neither stop spam nor it does deal with access to the internet. However, by virtue of its coordination role of the internet naming system, it does have a key impact on the extension and evolution of the Internet.

The role of the Internet Corporation for Assigned numbers to look over the vast and complex interconnected network of unique identifiers that permit computers on the Internet in finding one another. This is generally known as “universal resolvability”, and means that whenever a user is online , sh/e gets the same predictable results on accessing the network. Without this the user could end up with an Internet that functioned entirely differently which depended on the user’s location on the globe.

On September 30 , 2016 , nearly 47 years  after American computer science professors formed the stage for the Internet, the US government is set to relinquish control of the cyberspace’s underlying technology for the first time.

The transition has been finalised through a global consultation process and is being coordinated by the Internet Corporation for Assigned Numbers; the process took two years in finalising the decision. If all goes according to the plan, the gatekeeper role of  Internet addresses will be liberated from US scrutiny.