My account
Get into your account.
LoginRegister
Plans
Home Know Facts Top 10 Largest Economies of the World 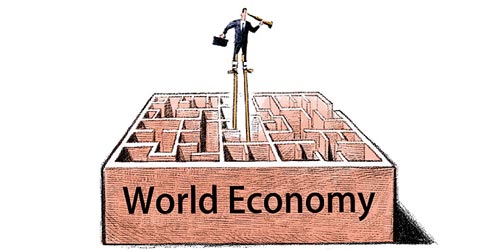 The list of Industrial Economies of the world includes:

The US economy, the largest in the world, represents about 22 % of the nominal Gross Domestic Product (GDP) calculated globally. The United States, an economic superpower, is highly advanced in terms of technology and infrastructure and has abundant natural resources. The US GDP was calculated to about $17.5 trillion in the year 2015.

China has transformed itself from a centrally planned closed economy in the 1970s to a manufacturing and exporting hub over the years. The Chinese economy is propelled by an equal contribution from manufacturing and services (45% each, approximately) with a 10% contribution by the agricultural sector. The Chinese GDP was about $ 10 trillion in 2015.

The third largest economy in the world is the economy of Japan. It is recently the fourth largest by achieving the Purchasing Power Parity (PPP). The country’s per capita income is about $36,899 in 2013 and GDP about $4.89 trillion in 2015.

Germany is Europe’s largest and strongest economy. Germany’s economy is known for its exports of machinery, vehicles, household equipment, and chemicals. The size of its nominal GDP is $3.28 trillion while its GDP in terms of the purchasing power parity is $3.62 trillion.

France is the 5th largest economy with a nominal GDP of $2.9 trillion. Its GDP in term of the purchasing power parity is around $2.59 trillion. France has a low poverty rate and high standard of living, which is reflected in its GDP per capita of $40,445. The country is among the top exporters and importers in the world.

The United Kingdom with a $2.5 trillion GDP, is the world’s 6th largest and Europe’s 3rd largest economy. The country includes the population which takes into consideration the factors like GDP, Facts, Trade, and business inflation. The economy in terms of GDP and purchasing power parity stands at $2.43 trillion with a GDP per capita of $37,744.

Brazil, with its $2.24 trillion economies, is the 7th largest economy by nominal GDP. The Brazilian economy has developed services, manufacturing and agricultural sector, each sector contributing around 68%, 26%, and 6% respectively. The Brazilian GDP measured in purchasing power parity is $3.07 trillion, while its GDP per capita is $15,153.

Italy’s $2.13 trillion economy is the world’s 8th largest economy in terms of nominal GDP. The economy suffers from a huge public debt, estimated to be 133%of GDP, according to the CIA World Factbook. The GDP measured in purchasing power parity for the economy is estimated at $2.06 trillion, while its per capita GDP is $34,455.

Russia it is the 9th largest economy with a nominal GDP of $2.1 trillion. Russia’s domestic consumption amid a politically stable atmosphere has paved the way for economic growth in the country. Russia’s economy in terms of purchasing power parity is estimated at $3.56 trillion while its GDP per capita is $24,764.

The country’s high population drags its GDP (in terms of Purchasing power parity) per capita down to $ 5,778. India’s 17% GDP is still dependent on agriculture. However, the services sector has picked up in recent years and

Poverty : Concept and its Variants