My account
Get into your account.
LoginRegister
Plans
Home Current Affairs PM Urged to Revamp Medical Council of India (MCI) 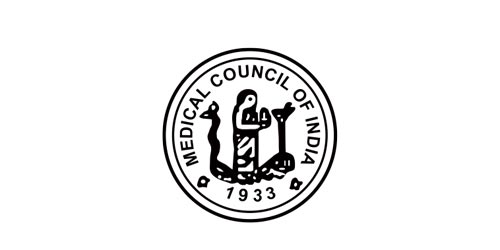 On 14 April a group of five former secretaries of health and bio-technology departments as well former Medical Council of India members including former bureaucrats and prominent doctors, charging that the Medical Council of India (MCI), was “highly corrupt” and had lost the credibility, have pleaded the Prime Minister to revamp the medical regulator, bring transparency and assure the owners of hospital chains and colleges having “deep conflicts of interest” do not enter the body.

The group, in the letter to Prime Minister Narendra Modi, demanding his ‘personal involvement’ has alleged that successive Governments have displayed their “inability” in handling “compromised” individuals in the Medical Council of India. They have also urged the PM to take steps to revamp the curricula for graduate and post graduate medical education and dividing the three functions of regulation, education and accreditation within the MCI.

The Letter said, “We request that implementation of the recommendations is taken up without delay…. ensure better quality of the doctors being produced….”.

Background of the ‘Revamp’ demand

Recently, a Parliamentary panel had recommended restructuring MCI, stating that its current composition is “biased” against the wider public health goals and is an “exclusive club” of medical doctors from corporate hospitals and private practice.

The panel had clearly said that the elected MCI neither represented “professional excellence nor its ethos”,

What is Medical Council of India

Medical Council of India (MCI) is a statutory body with the responsibility of setting up and maintaining high standard of medical education and recognition of medical qualifications in India. It grants registrations to doctors to practice in India with an intention to promote and protect the health and safety of the public by assuring proper standards in the practice of medicine. At present Dr. Jayshreeban Mehta is the President of Medical Council of India.

The MCI was first set up in 1934, under the Indian Medical Council Act, 1993. The Council was later restructured under the Indian Medical Council Act, 1956 by replacing the earlier Act of 1934. This was followed by the President of India superseding the Council and entrusting its functions  to a Board of Governors. The present Board of Governor was notified on 13 May 2011.