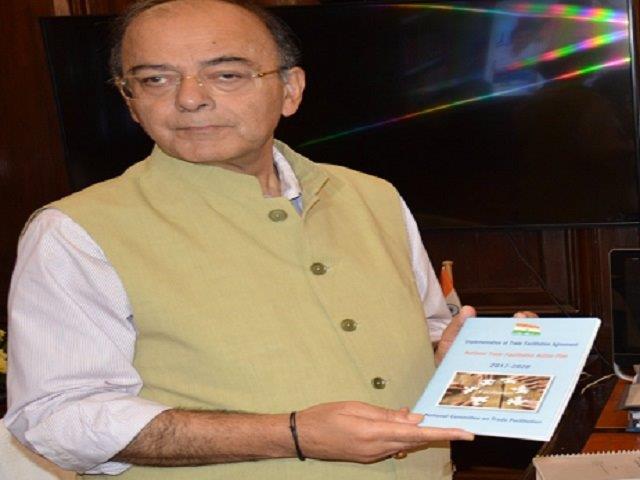 Finance Minister of India Arun Jaitley released National Trade Facilitation Action Plan (NTFAP), a 76 point National Action Plan which provides a time bound map, not only for implementing WTOs TFA (Trade Facilitation Agreement ) but also focuses on India’s initiatives for trade facilitation and Ease of Doing Business thus going beyond TFA. The plan is to be implemented between 2017-20 in a phased manner.

The actions covered under the plan have been categorised by prioritising the activities into short-term, mid-term and long- term.

The aim of NTFAP is to transform cross border clearance ecosystem through efficient, transparent, co- ordinate, digital and technology driven procedures which are supported by state of the art sea ports, airports and land labours.

National plan will be monitored by the steering committee (the operational arm of NCTF), chaired by revenue secretary and the commerce secretary. The plan would be reviewed by the cabinet secretary.

Other important points about NTFAP