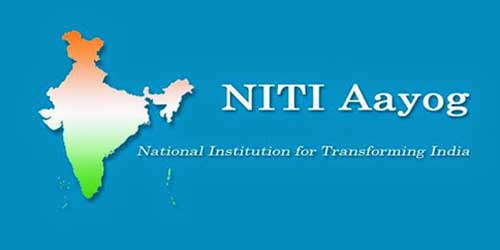 The Niti Aayog’s task Force on Eliminating Poverty has put its weight behind the controversial “Tendulkar Poverty line” that ranks people earning less than Rs.33/a day as poor. It argues that the line is mainly meant to be a marker for following progress in eliminating poverty.

A Committee chaired by Suresh Tendulkar,  the former chairman of the Prime Minister’s Economic Advisory Council and the National Statstical Commission, measured poverty lines for 2004-2005 at a level that was equal, in terms of Purchasing Power Parity (PPP), to one dollar per person each day, that was then the internationally accepted poverty line.

The Planning Commission, making the norms of the Tendulkar Panel its base, had announced that in absolute terms the number of poor had decreased from 40.7 crore to 35.5 crore during the period 2004-2005 to 2009-2010 and in 26.9 crore in 2011-2012. The UPA Government after facing severe criticism and strong protest against these estimates in many quarters, in May 2012, formed a five-member expert group to review the way poverty was measured. This expert group was headed by C Rangarajan who was the then chairman of the Prime Minister’s Economic Advisory Council. In its report the Rangarajan Committee recommended that the persons spending below Rs.47/day in cities and Rs. 32 in villages could be considered as poor.

In fact, the PPP model is a method that is used to get an estimate of the money that would be needed to buy the same goods and services in two places. This method is used, across countries, to  appraise an implied foreign exchange rate, at which a preferred amount of money has the same purchasing power in different countries. This exchange rate has been termed as PPP rate.

The panel says that before coming to a final decision we will have to impart proper attention to the fact that the objective behind setting up a poverty line is to mark progress in eliminating poverty. The panel further clarifies that it is not for the identification of the poor for the purposes of distributing government benefits. The Panel asserts that it is sensible to set the poverty line at a level that can allow households to get two square meals a day and other basic necessities of life.

It has recommended sweeping transformations in MGNREGA to allow the use of the programmes’ funds, by diverting it, to pay for labour of private farms. The Task Force has suggested modest cash transfers to the poorest five families in each village; Gram Panchayats have to identify these five families.