My account
Get into your account.
LoginRegister
Plans
Home Learn Polity History of Planning Commission in India 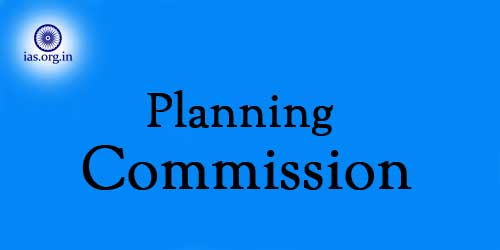 Planning Commission in India, the planned economic development began in 1951 with the inception of First Five Year Plan. The theoretical efforts for economic development in Indian economy had already begun before independence. In the year 1934, Sir M. Visheshvaraya wrote a book named ‘Planned Economy of India’, which was the first attempt in this direction. In 1938, the Indian National Congress, under the leadership of Pt. Jawaharlal Nehru, made a National Planning Committee. Its recommendations could not be implemented due to the beginning of the Second World War and changes in the Indian Political Situation. In 1944, eight industrialists of Bombay presented the well-organised plan called “The Bombay Plan”, which could not be brought into action due to various reasons. In August 1944, the Indian Government inaugurated separate department called ‘The Planning and Development Department’ and appointed Sir Ardishar Dalal, the controller of Bombay Plan, as its acting member.

Inspired by the economic views of Mahatma Gandhi, Shri Sriman Narayan constructed a plan in 1944 which is known as ‘Gandhian Plan’. Mr. M. N. Rao, the Chairman of post-war Reconstruction Committee of Indian Trade Union, introduced a ‘People’s Plan’ in April 1945. The Planning Commission in India was introduced before independence again could not be implemented due to various reasons. In 1946, the Interim Government was formed in India. This Government established a High-Level Advisory Planning Board in order to study the problems of planning and development in the country. The Board studied all the problems very deeply and gave the recommendation to establish a stable planning commission in India at the central level which could continuously work for the planning and development of the country. In January 1950, Shri Jaiprakash Narayan published a plan called ‘Sarvodaya Plan‘. The Government did not accept the entire plan and adopted only a part of it. The Planning Commission in India was constituted on 15th March 1950, by the Government of India.
Until now ten five years plan and seven annual plans have been completed. Eleventh Plan (2007-12) which was finally approved by NDC on December 19, 2007, is in operation w.e.f. April 1, 2007.
Also Read:
Industries Contributing to Indian Economy
Colonial Exploitation of Indian Economy