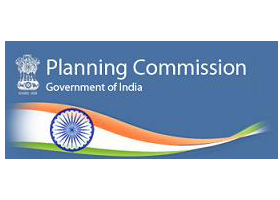 In India, it is the supreme organ of planning for social and economic development. It is not responsible for taking and implementing decisions. This responsibility rests with the Central and State governments. The Planning Commission does not derive its creation from either the Constitution or statute.

The Planning Commission is only a staff agency- an advisory body and has no executive responsibility. The critics have described it as a ‘Super Cabinet’, an ‘Economic Cabinet’ a ‘Parallel Cabinet’, the ‘Fifth Wheel of the Coach’ etc.

The composition of the Commission has undergone a lot of change since its inception. With the prime minister as the ex officio Chairman, the committee has a nominated Deputy chairman, who is given the rank of a full Cabinet Minister. Mr. Montek Singh Ahluwalia is presently the Deputy Chairman of the Commission.

Cabinet Ministers with certain important portfolios act as ex officio members of the Commission while the full-time members are experts of various fields like Economics, Industry, Science, and General Administration.

The Commission works through its various divisions, of which there are two kinds: General Planning Divisions and Programme Administration Divisions.