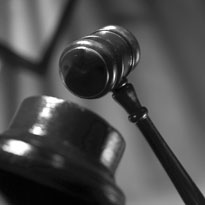 The Constitution has assigned to the Supreme Court as the Guardian of Fundamental Rights and also responsibility for the protection. The Supreme Court as the Guardian of Fundamental Rights can declare any law null and void if it violates. The Court also protect these rights if they are infringed by the action of the executive. In the case of violation of these rights, the affected Supreme Court and the Court may issue the writs in the nature of Habeas Corpus, Mandamus, Quo-Warranto, Prohibition and Certiorari. These writs can also be issued by the High Court.
Habeas Corpus
The writ of Habeas Corpus is issued by the court to effect the release of a person who has not been detained legally. Under this writ, the court issue order to the concerned authority or person to produce the detainee before the court in order to let the court know on what grounds the concerned person has been detained and to set him free if there is no legal justification for imprisonment. It should be noted that the writ of Habeas Corpus can be issued against both an official and private person.
Read Also: Fundamental Rights – Detailed Analysis Part I
Mandamus
The writ of Mandamus meaning ‘Command’, is addressed to a public authority to command him to do a duty which he is supposed to do but he has not performed. The writ of Mandamus can also be issued against lower courts if they have refused to exercise their designated jurisdiction. This writ can not be issued against private persons.
Prohibition
The writ of Prohibition is issued by the Supreme Court as the Guardian of Fundamental Rights or the High Court against the lower courts to prevent the latter from usurping their designated jurisdiction. Thus, the writ of Prohibition ensures that the lower courts should limit heir activities within the limit of their jurisdiction and should not go beyond that limit. The effect of the writ is that the proceedings in a case, which is beyond jurisdiction, are stopped and the lower court and the case are transferred to the court which is competent to exercise the jurisdiction in that case.
Certiorari
The writ of Certiorari is also issued against inferior courts by the Supreme Court as the Guardian of Fundamental Rights or High Courts, if the lower court has violated their jurisdiction and pronounced the decision on the case. The effect of this writ is that the judgement or the order issued by the lower court is quashed and the case is transferred to the appropriate court. The ground for issuing the writs of Prohibition and Certiorari is the same i.e., violation of jurisdiction, but the difference is that the writ of prohibition is issued before the final judgement of the lower courts, whereas the Certiorari is issued after the judgement in a case has announced by the lower court.
Read Also: Parts of the Constitution
Quo-Warranto
This writ of Quo-Warranto is issued against a person occupying a public office which he is not entitled to. The purpose of the writ is to prevent the unlawful occupation of a public office by persons who is not eligible to that office. The court inquires as to under what authority the concerned person is holding a particular office. If the office is held without proper legal authority, the concerned person shall be ordered to leave that office. It should be mentioned that the writ of Quo-Warranto is not issued with respect to private offices.
Don’t Miss:
Supreme Court Upholds Validity of Criminal Defamation
Supreme Court Panel is to Monitor MCI