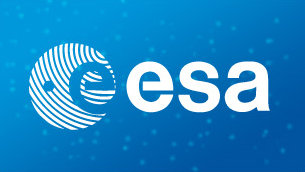 The European Space Research Organisation (ESRO)  was an international organisation founded by 10 European nations with the intention of jointly pursuing scientific research in space. It was founded in 1964. As an organisation, ESRO was based on a previously existing international scientific institution, CERN. The ESRO convention, the organisations founding document outlines it as an entity exclusively devoted to scientific pursuits. This was the case for most of its lifetime but in the final years before the formation of the European Space Agency (ESA), ESRO began a programme in the field of telecommunications. ESA is not a mainly pure science  focused entity but concentrates on telecommunications, earth observation, and other application motivated activities. ESRO was merged with ELDO in 1975 to form the European Space Agency.

The European Space Agency (ESA) is an intergovernmental organization dedicated to the exploration of space, with 20 member states. Established in 1975 and headquartered in Paris, France, ESA has a staff of more than 2,000.

ESA’s space flight program includes human spaceflight, mainly through the participation in the International Space Station program, the launch and operations of unmanned exploration missions to other planets and the Moon, Earth observation, science, telecommunication as well as maintaining a major spaceport, the Guiana Space Center at Kourou, French Guiana, and designing launch vehicles. The main European launch vehicle Ariane 5 is operated through Arianespace with ESA sharing in the costs of launching and further developing this launch vehicle.

ESA science missions are based at ESTEC in Noordwijk, Netherlands, Earth Observation missions at ESRIN in Frascati, Italy, ESA Mission Control (ESOC) is in Darmstadt, Germany, the European Astronaut Center (EAC) that trains astronauts for future missions is situated in Cologne, Germany, and the European Space Astronomy Center is located in Villanueva de la Canada, Spain.

ESA in its current form was founded with the ESA Convention in 1975 when ESRO was merged with ELDO. ESA has 10 founding member states: Belgium, Denmark, France, Germany, Italy, the Netherlands,  Spain,  Sweden,  Switzerland and the United Kingdom.  These signed the ESA Convention in 1975 and deposited the instruments of ratification by 1980 when the convention came into force. During this interval, the agency functioned in a de facto fashion. ESA launched its first major scientific mission in 1975, Cos-B, a space probe monitoring gamma-ray emissions in the universe first worked on by ESRO.

Must Read: Space Exploration from Earth

The headquarters of ESA are in Paris, with four major ESA facilities in other countries. The European Space Research and Technology Center (ESTEC),  located  at  Noordwijk, the  Netherlands,  is the primary research center and manages the satellite projects. The European Space Operations Center (ESOC), located at Darmstadt, Germany, is responsible for satellite control, monitoring, and data retrieval. The European Space Research Institute (ESRIN), located at Frascati, Italy, supports the ESA documentation service and manages the data obtained from remote sensing satellites.

The European Astronaut Center (EAC), located in Cologne,  Germany, is responsible for the selection and training of astronauts for space station missions. In addition to the major centers, ESA operates sounding-rocket launch stations in Norway and Sweden, a meteorological program office at Toulon, France, and satellite tracking stations in Belgium, Germany, Italy, and Spain.

The foundation of ESA was laid with the formation of the European Space Research Organization(ESRO) in 1962 and of the European Launcher Development Organization (ELDO) in 1964. ESRO consisted of ten European countries and Australia, which placed its rocket-firing range at Woomera at the organization’s disposal; between  1968 and 1972 seven ESRO satellites—Iris (ESRO-2B), Aurorae (ESRO-1A), HEOS-1, BOREAS, HEOS-2, TD-1A, and ESRO-4—were launched on NASA rockets. ELDO, which consisted of seven European countries, developed Kourou’s launch  site. Intending to build the Europa 1 multistage launch vehicle—combining a British first stage, a French second stage, and a German third stage—to orbit an Italian satellite, ELDO was unsuccessful primarily because of organizational problems. By 1975 it was obvious that a new approach was required, and ESRO and ELDO were merged to form ESA.

India Launches 6th IRNSS Satellite All You Need to Know