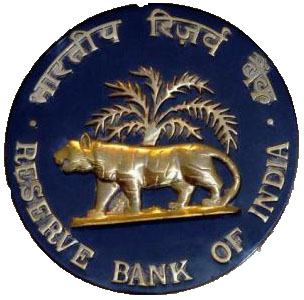 The Reserve Bank of India (RBI) is India’s central banking institution, which controls the monetary policy of the Indian rupee. It was established on 1 April 1935 during the British Raj in accordance with the provisions of the Reserve Bank of India Act, 1934. The RBI plays an important part in the development strategy of the Government of India.

The RBI has been fully owned by the Government of India since its nationalization in 1949.

The Central Office of the RBI initially established in Calcutta (now Kolkata), but was permanently moved to Bombay (now Mumbai) in 1937.

The Preamble of the RBI describes its basic functions to regulate the issue of bank notes, keep reserves to secure monetary stability in India, and generally to operate the currency and credit system in the best interests of the country.

The National Stock Exchange of India took the trade on in June 1994 and the RBI allowed nationalized banks in July to interact with the capital market to reinforce their capital base. The central bank founded a subsidiary company—the Bharatiya Reserve Bank Note Mudran Limited—in February 1995 to produce banknotes.

The Central Board of Directors is the main committee of the Central Bank. The Government of India appoints the directors for a 4-year term. The Board consists of a Governor, 4 Deputy Governors, 15 Directors to represent the regional boards, 2 from the Ministry of Finance and 10 other directors from various fields.

Main functions of Reserve Bank of India (RBI) are as follows: