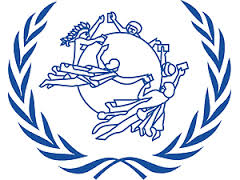 The Universal Postal Union (UPU) is a specialized agency of the United Nations that coordinates postal policies among member nations, in addition to the worldwide postal system. The UPU contains four bodies consisting of the Congress, the Council of Administration (CA), the Postal Operations Council (POC) and the International Bureau (IB). It also oversees two cooperatives including the Telematics and EMS Cooperatives respectively. Each member agrees to the same terms for conducting international postal duties. The UPU’s headquarters are located in Bern, Switzerland.

French is the official language of the UPU. English was added as a working language in 1994. The majority of the UPU’s documents and publications – including its flagship magazine, Union Postal – are available in the United Nations’ official languages.

It is the only international organization representing the interests of the worldwide postal sector in a neutral fashion. In addition to maintaining a genuinely universal network – with physical, financial and electronic dimensions – it establishes the rules for international mail exchanges among its member countries and makes recommendations to modernize products and services, stimulate mail volume growth and improve the quality of service for customers.

The UPU was created in 1874, initially under the name “General Postal Union”, as a result of the Treaty of Bern signed on October 9, 1874. Four years later, the name was changed to “Universal Postal Union.”

The UPU established that:

The UPU currently has 192 members (190 states and two joint memberships of dependent territories groups). Member states of the UPU are the Vatican City and the 193 UN members except Andorra, Marshall Islands, the Federated States of Micronesia, and Palau. The newest member is South Sudan, which joined on 4 October 2011.

The overseas constituent countries of the Netherlands (Aruba, Curaçao and Sint Maarten) are represented as a single UPU member as are the entire British overseas territories. These members were originally listed separately as “Colonies, Protectorates, etc.” in the Universal Postal Convention and they were grandfathered in when membership was restricted to sovereign states.

Andorra, Marshall Islands, Micronesia and Palau have their mail delivered through another UPU member (the United States for the Compact of Free Association states and France and Spain for Andorra).

Palestine was granted special observer status to the UPU in 1999, and in 2008 Israel agreed for its mail to be routed through Jordan though this had not been implemented as of November 2012.

The Universal Postal Congress is the legislative body and meets every five years. The Executive Council, which consists of 40 representative countries elected by the congress, ensures the continuity of the work of the UPU and meets annually. The International Bureau is maintained at Bern and acts as a secretariat in carrying out the daily operations.

The Council of Administration (CA) consists of 41 member countries and meets annually at UPU headquarters in Berne. The Council ensures the continuity of the UPU’s work between Congresses supervises its activities and studies regulatory, administrative, legislative and legal issues.

The International Bureau provides logistical and technical support to the UPU’s bodies. It serves as an office of liaison, information and consultation, and promotes technical cooperation among Union members.

The POC’s work programme is geared towards helping Posts modernize and upgrade their postal products and services. It deals with the operational, economic and commercial aspects of the postal business. The body also makes recommendations to member countries on standards for technological, operational or other processes within its competence where uniform practices are necessary.