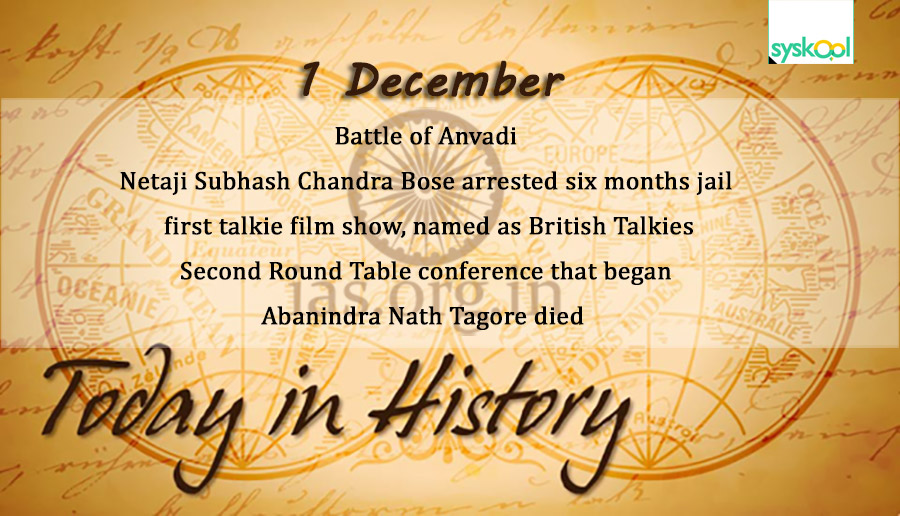 The Second Round Table conference that began in London ended. Congress was solely represented by Gandhi and Muslim League by Sir Allama Iqbal and Quaid-e-Azam, etc. Two committees were setup to carry out the work of the conference on Federal Structure and Minorities. Gandhi was the member of both committees. He claimed that being the sole representative of the Congress, he represented the whole of India. Quaid-e-Azam replied that Muslims are a separate nation. Sir Shafi demanded that the 14 points of Quaid-e-Azam be incorporated in the future constitution.

Australia compiled 645 vs India at Gabba. Bradman made 187 runs.