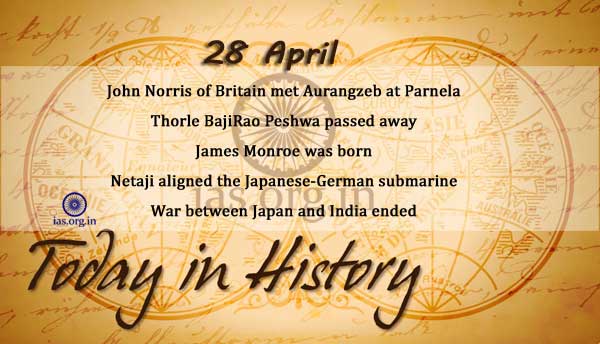 Thorle BajiRao Peshwa passed away at Raverkhedi near the banks of the Narmada river near Khargon and his son Balaji Baji Rao was placed on his father’s throne as the Peshwa. (22 or 28).

Future U.S. Senator and President James Monroe is born on this day in 1758. Monroe, a contemporary of George Washington, Thomas Jefferson and James Madison, was the last of the original revolutionaries to become president.

Ferruccio Lamborghini, the founder of the company that bears his name and is known for stylish, high-performance cars, is born in Italy.

The war between Japan and India ended.